As the confetti is getting swept up after Tuesday’s Season 22 finale of The Voice (recapped here), the NBC sing-off’s newly minted winner Bryce Leatherwood speaks with TVLine about the competition, coach Blake Shelton and the country-music controversy that’s swirling around the results. Once the howdys and congratulations are out of the way, of course question No. 1 to the show’s first-ever Instant Save contestant to emerge victorious has to be…

TVLINE | So you’re standing up there with bodie and Morgan Myles — what’s going through your head? Did you think, “Yup, I’ve got this” or… ?
You know, I’ve never been sure of my potential to win. I’ve always tried to remain humble and say, “Hey, work for it.” Even up there with just two people remaining — and what incredible artists bodie and Morgan are — I had no clue at all.

2022 in Review: 20 Most Agonizing Cliffhangers 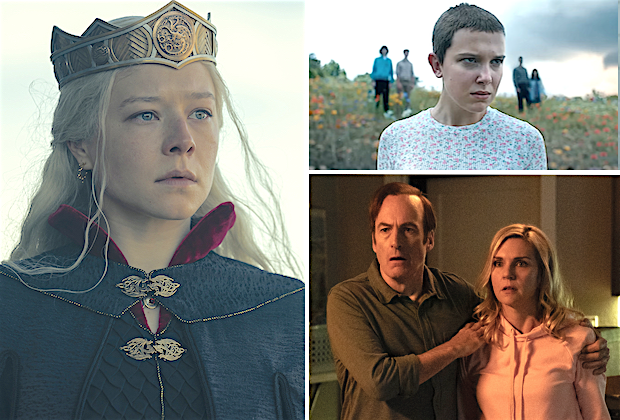 TVLINE | Given the way the audience was always yelling, “bodie! bodie! bodie!” did you consider him your biggest competition?
I don’t look at it that way. We’re all just artists trying to do our best. The only competition you have is within yourself. I think Tiger Woods said that one time. You can’t focus on other competitors, because the only true competitor is yourself. The only thing I could do before then and in that moment was rely on the hard work that I had done. Either way [the vote went], I was proud of myself, and I think everybody was proud of themselves for how much they’ve accomplished on the show. 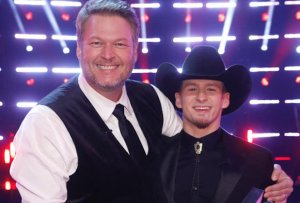 TVLINE | In the Playoffs, Blake kept Rowan Grace and sent you to the Wildcard Instant Save. In that moment, were you like, “What the hell, man?”
I had a feeling [he was going to do that], because bodie had gotten the vote, and Brayden got the vote. So I thought, “If Blake’s playing strategy here, he’s gonna save Rowan, because he knows that the country fan base will want to save me and keep this team as strong as possible.” And [even singing for the Save], I was proud to put a smile on my face and say, “Alright, bring it on!” I’ve always had that mentality about everything when it comes to the show. You see sometimes negative feedback and people saying stuff online. You either have to tune it out and not even look at it, or if you do look at it, you’d better turn it into something positive. So I’ve always had the idea of, “Alright, watch this!” That was the mentality for [the Instant Save], and it paid off. 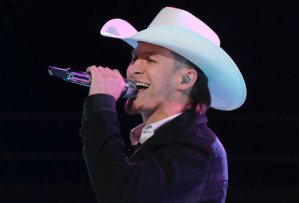 TVLINE | You mentioned Blake guessing that the country fan base would save you. A lot of people have said that country artists on The Voice have an unfair advantage because that base is so large. What do you think?
I wouldn’t say it’s unfair, I would just say it’s impactful. And I’m not saying other genres aren’t. I just think if you look at who watches the show and who the true roots of its fan base are, a lot of it is country — people who are retired, sitting on their couch, watching every Monday and Tuesday night because they love The Voice. And a lot of those people are country fans… I’m just blessed that I know who I am and people seem to love who I am. I think that’s what won me the show, because let’s be honest, if we’re going off pure vocal talent, I don’t bat an eye to Morgan and I don’t bat an eye to bodie. In the country lane, I think I was one of the best country singers on the show this year. But it’s not just about the voice, it’s about who you are as an artist, who you are as a person, and who America wants to fall in love with.

TVLINE | Have you already got your first single picked out?
I’ve got some ideas, you know. My goal is to just get into Nashville, get to wherever this record deal takes me and start hounding them, “Hey, let’s get some music out there… and give the people what they want!”

TVLINE | Given how ubiquitous your hats were — and are — how many hat companies have approached you about doing your own line?
You know, now that you say that, not enough! [Laughs] I’m just kidding. I love trying on a bunch of different kinds of hats. They’re like my coat of armor. So I hope to maybe partner with a company one day and design some hats.