It was now or never for The Voice’s Top 5 on Monday night. Either they were going to sing so stunningly that they convinced viewers to vote them into the winner’s circle, or they were going to perform so… adequately… that they had to settle for runners-up slots. Which of Blake Shelton, Gwen Stefani, John Legend and Camila Cabello’s contestants sounded like they had a real chance of scoring the title? Read on. I’ll blurp out my thoughts, then you can hit the comments with yours.

bodie (Team Blake), “Late-Night Talking” — Grade: B | Harry Styles’ poptastic bop seemed like a bizarre choice for bodie until he revealed how dramatically his “producer mind” had made it over. He hit the stage and started off performing it like a smooth jazz number. Then the beat kicked in, the dancers came out, and… Oh. So it wasn’t so dramatically made over after all. Most of the number, he sang it more or less in Harry style. And it was fine — better than fine, even — but it wasn’t bodie playing to his alt-rock strengths. He’s probably lucky that what we’ll remember most about his cover is that extensively massive long note toward the end.

Morgan Myles (Team Camila), “Total Eclipse of the Heart” — Grade: B- | Now, whereas bodie’s song choice was a bit of a head-scratcher, Morgan’s selection of Bonnie Tyler’s classic made (cough) total sense. And even if Morgan didn’t change it a damn bit, if she just managed to sing it with the explosive power of the original, it would be stunning. And was it? Um. Well, she certainly gave it her all and reminded us of how loudly she can sing. (That we heard her over the band was a miracle in and of itself.) But after a strong, controlled start, Morgan seemed to kinda lose it. Had she botched a lyric? Whatever happened, she wound up spinning around, jumping up and down and more yelling than singing. She had this and simply didn’t make of it what we know she could’ve. 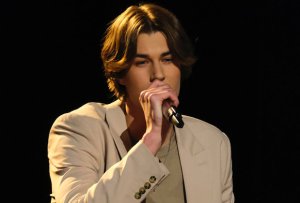 Brayden Lape (Team Blake), “Humble and Kind” — Grade: D | Oh Lord. I know I’m gonna seem like the world’s biggest Grinch and all, but ugh. This was hard to listen to — and not just because no version of the Tim McGraw ballad will ever be half as good as Addison Agen’s in Season 13. Poor Brayden was so pitchy, he’d have had better luck hitting a right note throwing darts at ’em. Neither Blake nor Gwen even remarked on his singing at all when he was done. Gwen just went on and on about that un-nameable thing that he has. It’s called great hair, Gwen. Brayden’s got really, really great hair. 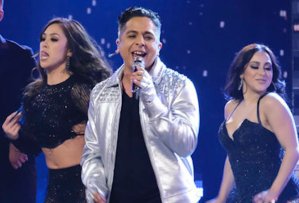 Omar Jose Cardona (Team Legend), “The Way You Make Me Feel” — Grade: C | Oof. Another questionable song choice. Gotta give Omar props for rocking some choreography and interacting with the dancers, but why are we usually so wowed by him? Because he can go ginormously big with his vocals. And did his Michael Jackson cover allow him to do that? No. So this was a lot less exciting and successful than it could have been (and considering that he sang for the Instant Save in the Semi-Finals, less exciting and successful than he needed it to be). Not helping matters: Omar wasn’t able to sing in as high a key as MJ, so the his version also suffered by the inevitable comparison.

Bryce Leatherwood (Team Blake), “Don’t Close Your Eyes” — Grade: A | Throughout Season 22, I know I’ve blathered a lot about how Bryce never really stretches in his performances, never goes beyond his comfort zone. Turns out, he’s been smarter than me all along, because Keith Whitley’s ballad was solidly in his lane, required kinda nothing from him that he hasn’t delivered week after week, and he sounded great on it. Was it the most challenging number? No. Was it the most exciting? No. But he sounded not only absolutely right on it, absolutely terrific.

Brayden Lape (Team Blake), “Wild as Her” — Grade: C+ | After “Humble and Kind,” the only way was up for Brayden. And he was definitely better on his Corey Kent cover. He seemed looser on stage, and his vocal, while definitely not Voice winner caliber, was stronger. He’s just not one of those kids who shows up on that stage like a seasoned pro; give ’im a few years, and he could really be something. 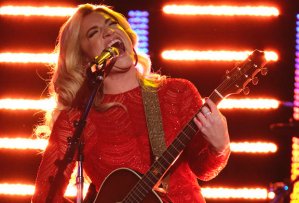 Morgan Myles (Team Camila), “Girl Crush” — Grade: A | Whoa. OK, whatever went wrong during “Total Eclipse of the Heart,” Morgan wiped it all the way away with her amazing acapella at the start of her Little Big Town cover. From there, she just got better and better, deploying the memorable break in her voice, and the growl, and just all. That. Power. Pretty spectacular. “Country looks good on you,” Gwen told her afterwards. And it sounds amazing on her. John even called Morgan the best country singer he’s heard since he joined the show. 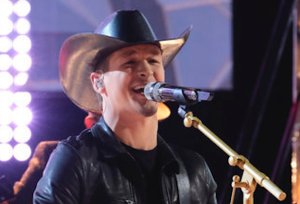 Bryce Leatherwood (Team Blake), “T-R-O-U-B-L-E” — Grade: A | Where the Fannie Flagg has this Bryce been all season?!? On his Elvis/Travis Tritt cover, he let looser than loose, had more fun that we’d ever seen him have on stage and turned out a raucous vocal that was like a hoedown for the ears. After the one-two punch of his performances Monday, I could really imagine him winning; bodie had better have something incredible planned for his last number.

bodie (Team Blake), “Gratitude” — Grade: A | Ah, so bodie saved the religion card to play with his second song of the night — shrewd; that’s been known to sway a lotta Voice viewers. Beyond that, though, Brandon Lake’s song fit bodie like a glove and allowed him to deliver a vocal that was nothing short of divine. I’d say that the contestants were making it really tough to guess who’d win, but bodie has been so popular all along that I have a feeling he’s got it. This number was the clincher.

Omar Jose Cardona (Team Legend), “Somebody to Love” — Grade: A+ | I was hoping “The Show Must Go On” would be the Queen song that Omar tackled, but yeah, “Somebody to Love” seemed like it would work fantastically, too. And when the spotlight fell on him, it did indeed. He knew exactly what he was doing. This played to all of Omar’s theatrical strengths and left lots of room for the insanely powerful glory notes that have become a hallmark of his performances. If Blake’s contestants split the vote, Omar could have a real shot at the title. After hearing this, you couldn’t say that he wouldn’t deserve it.

So, after hearing all of Monday’s performances, who do you think will win? And very different question: Who do you think should win? Vote in the polls below, then comment away.