THE SHOW | The White Lotus

THE PERFORMANCE | As the Sicily resort’s tightly wound manager Valentina, Impacciatore — a celebrated comedic actress in her native Italy — has mostly served as comic relief in Season 2, shooting side-eye glares and muttering sarcastic insults to her pampered guests. She’s started to show signs of genuine vulnerability, though, and this week, she absolutely wowed us as Valentina let her guard down and tapped into some long-buried desires.

Sunday’s episode marked Valentina’s birthday, and Impacciatore’s eyes danced with nervous anticipation as Valentina dared to ask out her cute front desk employee Isabella for a celebratory drink. And when Isabella actually said yes? We’d never seen Valentina so happy. (To be fair, she’s usually miserable.) But when Isabella later asked her to bring Rocco back to the front desk — and revealed she and Rocco are engaged — that fleeting joy immediately drained out of Valentina’s face. She offered up a weak congratulations, but we could see the pain welling up in Impacciatore’s big brown eyes. Valentina abruptly cancelled their plans and snapped back into business mode, but Impacciatore’s quivering chin betrayed the fact that Valentina’s romantic hopes were dashed to bits.

Valentina eventually took solace in a cocktail and then an impulsive romp with piano player Mia, with Impacciatore infusing their scenes together with awkward but undeniable passion. It was easy to write off Valentina early on as just a reliable source for one-liners, but Impacciatore’s skillfully layered work has shown us there’s a lot more depth to the buttoned-up manager than we might’ve guessed. 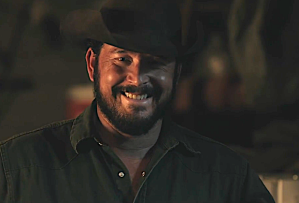 HONORABLE MENTION | Rip Wheeler, you sweet-talker, you. Sure, Sunday’s Yellowstone wrangled up a fine showcase for the grumpy gravitas that Cole Hauser brings to his character as he refereed rather than stopped bride Beth’s brawl. (Our recap has the details.) But we already knew that rare is the actor who can embody grouchy disapproval as sublimely as Hauser. So his scene in “Watch ’Em Ride Away” that really delighted us was the one in which he had to course-correct for Rip after he made the mistake of telling his better half to “put the crazy away.” As the cowboy properly begged his missus to accompany him on the spring gathering, Hauser played the invitation with a balance of humor and sincerity that left us smiling as broadly as Beth. 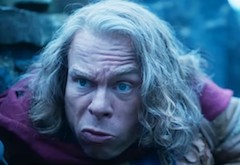 HONORABLE MENTION | Decades after the 1988 original, Warwick Davis‘ eponymous hero remains a favorite among fantasy lovers. Now, with a Willow sequel series, Davis is able to build on that performance with a turn that’s even more layered and likable. He does an excellent job conveying the physical cost of his magic; yes, Willow is a formidable sorcerer, but even the strongest magic users get wobbly-kneed after excessive spell-casting. In this week’s installment, Willow is forced to unleash a blast of magic that ends a brutal battle and incapacitates him. More impressive than all of that, though, is how effectively Davis sells us on the crushing sense of defeat his character feels. He’s a new mentor who already feels like he’s failed. It’s from that sense of despair that Davis pulls some of his most inspired acting yet. 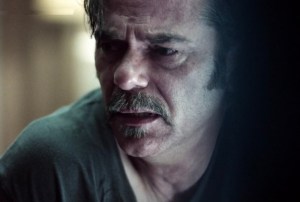 HONORABLE MENTION | Fire Country fans probably dreaded ever laying witness to how Vince reacted to daughter Riley’s years-ago death in real time. This week, Billy Burke in flashback was tasked with exploring that immeasurable grief, and he made it every bit the gut punch we assumed. From doubling over at the fiery, horrific crash scene to grilling son Bode over his responsibility for the tragedy, and then lashing out at Luke for being the “fun uncle,” Vince was overcome with wave after wave of anguish, desperately pointing fingers. Meanwhile in the present-day scenes, Burke communicated just how affected Vince was by the not-dissimilar car crash at hand — to the point he’d try to risk his own life to save another couple’s kids. 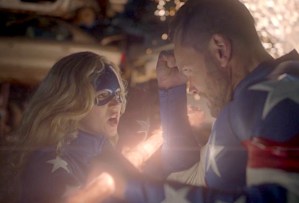 HONORABLE MENTION | As DC’s Stargirl‘s three-season run came to an end, Brec Bassinger shined brighter than ever before, bringing new layers to Courtney as both heroic star and regular girl. Upon realizing how she might wrest Cosmo away from “Starman” during the final showdown, Court demonstrated a newfound, vital confidence, deriding the cosmic staff’s current custodian as unworthy. (She even let slip a cocky grin as Cosmo returned to her grasp.) Later, in scenes with Pat, Becky and then Cameron, Bassinger made clear Courtney’s growth as a daughter, helper and teenager in love, making her alter ego’s surreal journey feel all too real. She was, in a word, super.