There’s been a major change in The Neighborhood.

During Monday’s fall finale, Cedric the Entertainer’s Calvin Butler made the difficult decision to sell Calvin’s Pit Stop to developers. In exchange, he received a handsome check — and while we don’t know exactly how much he received for the business, we do know that it’s enough for him and Tina to live comfortably should he decide to retire. 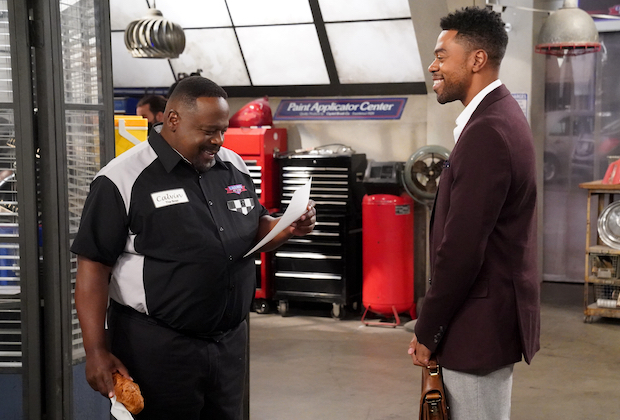 “As you might have noticed, we’ve been planting the seeds right from the start of the season,” co-showrunner Mike Schiff tells TVLine. “We started thinking about how there are fewer and fewer old-fashion car repair shops because of the way cars are made now, and how frustrating it is for Calvin that it’s not the same business [anymore]. Everything has changed for Calvin, who’s a bit set in his ways,” and the producers wanted to shake things up and see where it would leave him.

“The thing that Cedric was very vocal about was that he didn’t want Calvin to lose his reason for getting up in the morning,” adds fellow showrunner Bill Martin. “Both Cedric and Calvin need that pulpit — that place where what they say matters and where they’re the boss. We would not have even dared think about it unless we had a fun way to [continue to give Calvin that pulpit].” 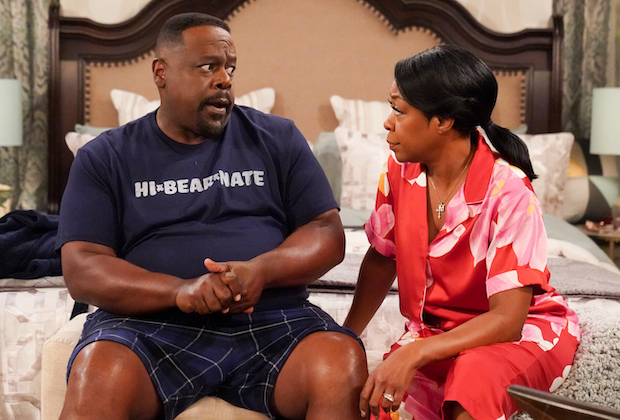 But first, Calvin will attempt to enjoy his newfound freedom from the daily grind. “There’s an episode coming up where Calvin becomes a little obsessed with the game of cornhole, maybe expecting that to take up a little too much of his time,” Schiff says with a laugh. “At a certain point, it’s a bit of a hollow pursuit for him.” And the Butlers’ sudden windfall will reopen a discussion about the honeymoon he and Tina never went on after they got married.

“Calvin and Tina never had a honeymoon, and he always had a million excuses,” Schiff explains. “Now she feels like he’s out of excuses and it is time, but [this sort of expense] is not in his nature.”

As for whether Calvin wants to retire, the EPs reveal that Tina’s husband will receive something of a wake-up call when he notices a change in his friendship with Dave.

“For the first time ever, Dave comes out of his house, and Calvin is hanging around, waiting for Dave,” Martin tells us. “For Dave, it’s like, ‘Oh my God, is this really happening?’ and for Calvin, it’s like, “Shut up!’ We knew that would be a moment we treasure, having those tables turn where Dave has a job that he loves and Calvin is the one hanging around, looking for a buddy.” 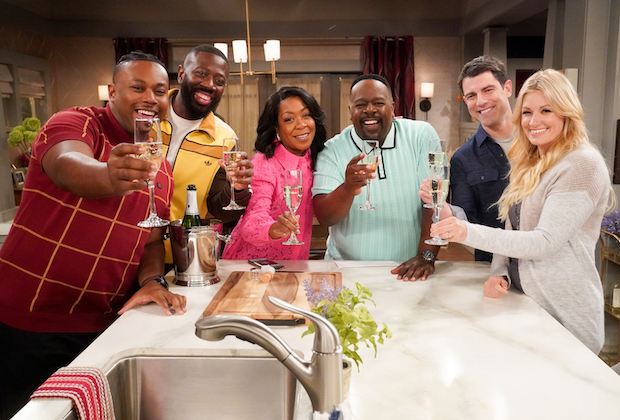 So, what will he do next? The showrunners want to keep that a secret for now, but they will say this: “An episode comes along and gives him a new goal. It’s not a 180º for him,” Schiff teases, “but it’s a bit of a reinvention of who he is.” And when they get there, it will provide “a fun way to get the characters together in new configurations,” Martin says.

New episodes of The Neighborhood resumes Monday, Jan. 16 at 8/7c; for CBS’ midseason schedule, click here. In the meantime, hit the comments and tell us how you’re feeling about Calvin’s big life change.