Offbeat fantasy doesn’t get much better than Ron Howard’s Willow. The 1988 film may have played out like a by-the-numbers epic about plucky heroes overcoming despotic evils, but its reputation as an all-ages adventure outweighs its triteness.

Now, with a sequel series on Disney+ (premiering today), Willow Ufgood (again played by Warwick Davis) and the denizens of this quirky universe make their long-awaited return. Luckily, judging by the first three episodes, Disney may have a new family favorite on its hands.

SIGN UP FOR DISNEY+ to watch Willow, Andor, Tales of the Jedi, Zootopia+, Disenchanted and more!

Willow‘s boiled-down lore and steadfast commitment to fun help reinforce the show’s accessibility, but it’s the new cast members who sell this eight-episode follow-up. The fleshed-out plot, instantly lovable characters and geographically comprehensive conflict reflect the alacrity of a world begging to be revisited. We don’t see much of this universe beyond what’s relevant to the central quest, and that allows the writers to build out this world through its characters. After all, it’s the characters, not necessarily the world itself, that initially sold many of us on the 1988 film. 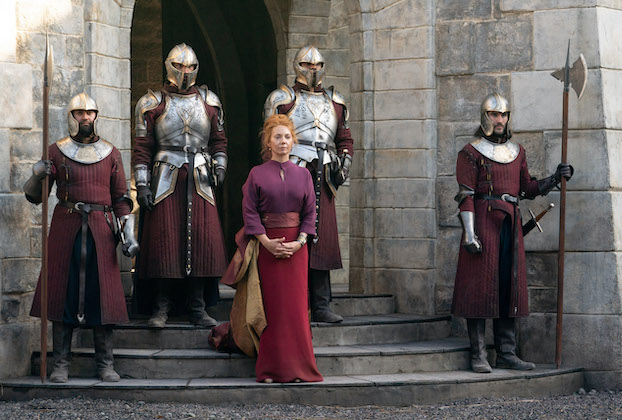 The plot here is straightforward: Twenty years after Willow and Sorsha (Joanne Whalley) defeated the wicked Queen Bavmorda (Jean Marsh), Sorsha’s daughter, Kit (played by Ruby Cruz), and a ragtag group of misfits must rally against a new threat hell-bent on their destruction.

One of the things showrunner Jonathan Kasdan does best here is emphasize just how much the new characters run the show. Kit, the ostensible protagonist, is snarky, likable and insecure. Dove (Ellie Bamber) is the classic underdog with more than enough strength and courage to prove herself. Tony Revolori’s Prince Graydon is a sympathetic inversion of the boneheaded, next-in-line archetype, a gentle youngster with a heart of gold and a knack for seeing others’ strengths. This guy doesn’t want this marriage any more than Kit does, and every mention of their imminent union shuts him down.

And as much as we miss Val Kilmer’s Madmartigan, the story doesn’t need him. (Kilmer was hoped to be involved, but health issues and COVID precluded his encore.) Here, it’s two characters, not one, who fill the “quippy swashbuckler” void that his absence creates. The first is Boorman (Amar Chadha-Patel), a rogue swordsman imprisoned in the dungeons beneath the city. The second is Jade (The Falcon and the Winter Soldier‘s Erin Kellyman), an ambitious young warrior on the cusp of knighthood who serves as a self-serious foil for the more playful Kit. Together, they scratch this particular itch — and have a blast doing it. 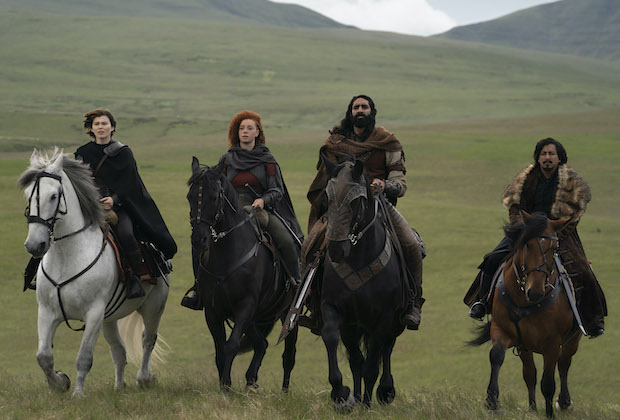 Davis is at the top of his game, turning in what may be the series’ standout performance (right and proper). His return as Willow Ufgood proves every bit as gentle, endearing and good-natured as it was in the original, but here he adds layers to the character. As powerful as Willow is, he frequently contends with those who underestimate him. Most of the time, this doesn’t seem to bother him; but sometimes, especially when casting a complex spell, he lets self-doubt slip into his eyes and — very fleetingly — contorts his face into a mask of insecurity. Davis communicates this turmoil beautifully, expertly flitting from comical exasperation to crippling uncertainty before defaulting to his no-nonsense demeanor.

Couple top-notch acting with engaging visuals and you’ve got a sequel that’s shaping up to be even more fun than its predecessor. Everything from the costume design to the resplendence of Willow’s spellcasting oozes passion for the material. Kasdan and company truly care about this story and every detail reflects that.

Even more striking than its characters and its visuals, though, is how inventive Willow is with its perspectives. The opening minutes of the premiere cleverly establish a mystery that fans of the film almost certainly won’t see coming. It’s a classic case of writers taking a concept further than they have to and turning it into a superior version of itself.

Willow is a bouncy, buoyant sequel that leans heavily on the new cast and makes good on the unspoken promise that all great follow-ups inherently make: enrich what came before by diving deeper into why this world and its characters resonated in the first place. The final product is something that stands as well on its own as it does as a continuation of Ron Howard’s classic film.

THE TVLINE BOTTOM LINE: Disney+’s Willow is a formula-faithful — yet tonally intrepid — sequel series that is absolutely worth the wait.