Not choosing is still a choice for Emily in Paris in the newly released trailer for Season 3, which premieres with all 10 episodes on Wednesday, Dec. 21 on Netflix.

In the above video, Emily is torn between her loyalty to Madeline at Savoir and Sylvie’s new business venture, so instead of making a decision about where she wants to work, Emily secretly pulls double duty. In her personal life, too, Emily is at a crossroads with her boyfriend Alfie (newly promoted series regular Lucien Laviscount) and (true love?) Gabriel, who moved in with his girlfriend Camille at the end of last season. But all the longing looks between him and Emily, whom he confesses changed his life, tell a different story about who is really in Gabriel’s heart.

“It’s not either or. Are we really here to just love one person?” an unseen voice asks.

“One year after moving from Chicago to Paris for her dream job, Emily finds herself at a crucial crossroads in every aspect of her life,” reads the official synopsis. “Faced with two very different paths, Emily will have to decide exactly where her loyalties lie — at work and in her romantic life — and what those decisions mean for her future in France, all while continuing to immerse herself in the adventures and surprising twists and turns that life in Paris provides.”

Press PLAY to watch the trailer, then hit the comments with your thoughts on the upcoming season! Plus, check out the show’s new key art below. 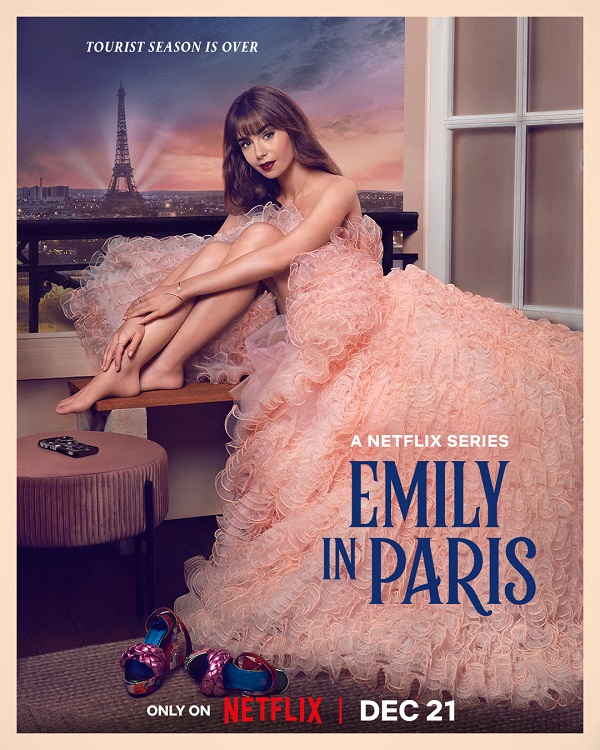