Daddy’s home! Tom Welling touches down in the Dec. 6 episode of The Winchesters (The CW, 8/7c), and we now have a first look at the former Smallville star’s grand entrance.

Per the episode’s official logline, “the hunt heats up, and Mary and John find trails that lead back to their fathers.” So, how does Welling factor into all of this? Why, he’s playing none other than Samuel Campbell, Mary’s father. This also makes him Sam and Dean’s maternal grandfather, hence the genetic handsomeness.

Elsewhere in the episode, “Carlos helps Mary investigate where the Akrida might be hiding, but they discover more than they bargained for. Meanwhile, Millie steps in to help Latika, Ada and John decipher notes left behind, and they stumble upon a way to get some answers.”

A prequel to The CW’s long-running Supernatural, The Winchesters stars Meg Donnelly as Mary Campbell and Drake Rodger as John Winchester, along with Nida Khurshid as Latika Desai, Jojo Fleites as Carlos Cervantez, Demetria McKinney as Ada Monroe and Bianca Kajlich as John’s mother Millie Winchester.

Welling now pulls double duty on The CW; he’s also starring alongside Brendan Fraser in Professionals, a new series that airs immediately after The Winchesters.

Keep scrolling for another first look at Welling’s debut, then drop a comment with your thoughts on this super piece of casting. 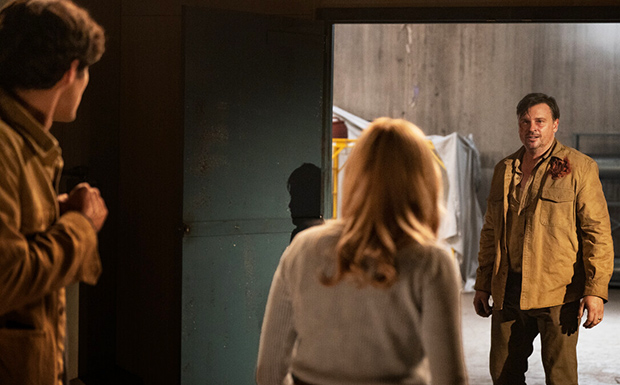