The shuttering of the Rent-T-Own is teased in a new trailer for South Side Season 3, which will roll out this December on HBO Max.

The new season of the Comedy Central-turned-HBO Max comedy will release two episodes a week starting Thursday, Dec. 8, and concluding on Dec. 29.

Shot on location in Chicago’s Englewood neighborhood, South Side follows two enterprising best friends, Simon (played by Sultan Salahuddin) and K (Kareme Young), as they hustle and dream their way through the Windy City — when they’re not too busy working as furniture repo men at the local Rent-T-Own.

The series also stars Chandra Russell and Bashir Salahuddin as cunning Sergeant Turner and her clueless partner Officer Goodnight, Diallo Riddle as questionable local politician Allen Gayle, and an ever-expanding roster of real-life Chicago residents, as it offers a glimpse of the lighter side of life in America’s second city. 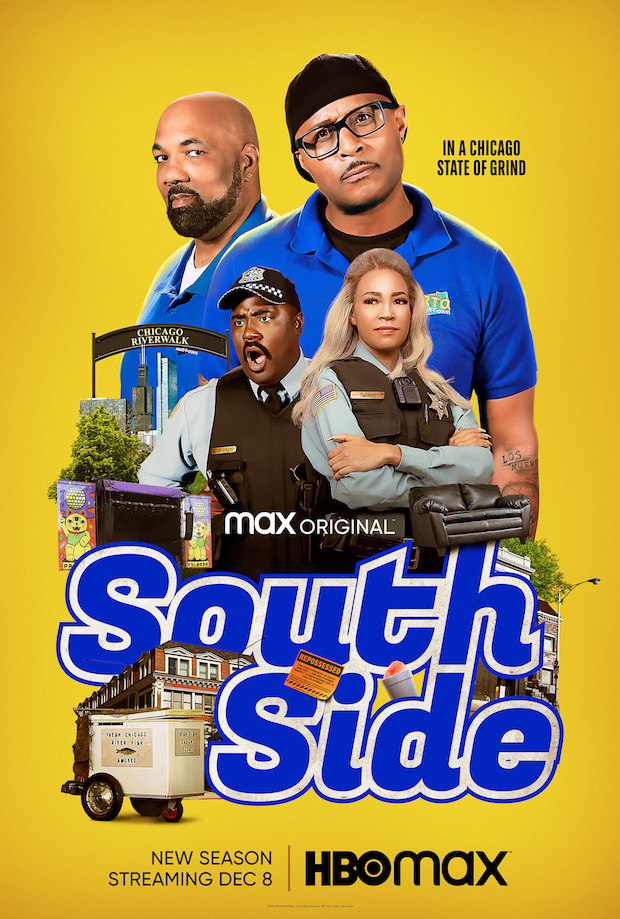 South Side‘s freshman run aired on Comedy Central during the summer of 2019. The comedy was shuttled over to streaming cousin HBO Max for Season 2, which premiered last November — more than two years after Season 1 had ended.

South Side was renewed for Season 3 back in February, two-and-a-half months after the release of its sophomore finale.