In the double-episode premiere of Paramount+’s Criminal Minds: Evolution (a new episode releases every Thursday), viewers got a few peeks at Elias Voit, an operations analyst for a global cyber-security firm who, in a 2005 flashback, was in the midst of a horrific killing spree.

With the arrival of the pandemic in 2020, Elias hit pause on his murderous ways but started cultivating a cadre of similarly kill-y acolytes. Now, with the easing of shelter-in-place protocols, that “network” of serial killers has sprung to life — and by doing so, caused much death.

When last we saw Elias at the close of Episode 2, he had to deal with a rogue minion before returning home to a clearly lovely life and an equally lovely wife (played by The Glades‘ Kiele Sanchez). But for how much longer can he maintain that facade? TVLine spoke with Friday Night Lights alum Zach Gilford about taking a stab at this killer role and this week’s deep dive into what makes Elias tick. 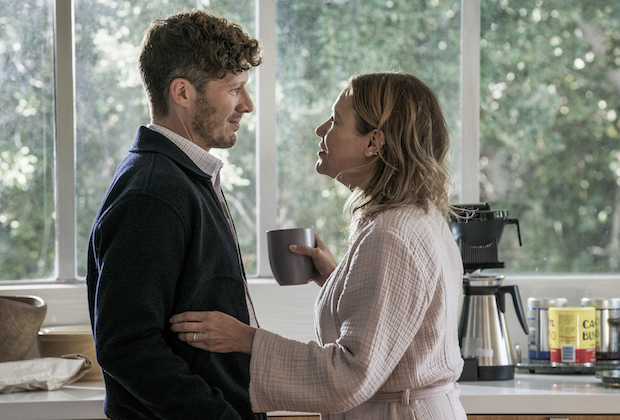 TVLINE | What drew you to this Criminal Minds role? Obviously, Elias is a complicated, gnarly character.
I mean, first of all, this is such an amazing show. It always was. Then when they reached out to me about doing this character, they kind of explained who it was to me. It’s the bad guy. It’s the UnSub. He does some twisted things. But really what they get to do this season, that they’ve never done [to this extent] before, is go home with him. You get to see who he is in the real world, not just in his murder world. So, it really makes him a complex, twisted, interesting character.

They knew the arc of where he was going to go and his origin story, which we get into, how he became this. It all sounded fascinating and so much there for me as an actor to work with on a show that’s so established and so beloved but that’s also not “rebranding” but reimagining itself and getting to go more into character. They’re doing it with the original cast members as well. It seemed like an awesome opportunity.

TVLINE | In the first two episodes, at least, we see Elias mainly as a planner, an organizer keeping track of things. But are you going to get to do some pretty brutal things yourself?
Yeah, you’ll see him get into his darker side. At the beginning, it’s still the tail end of the pandemic and he’s playing it safe, because in the pandemic people were just in their homes and it would have been much easier for him to slip up and get caught. But he’s going to start taking his mask off a bit, pun intended. He’ll get back into his old ways sooner than you might think. 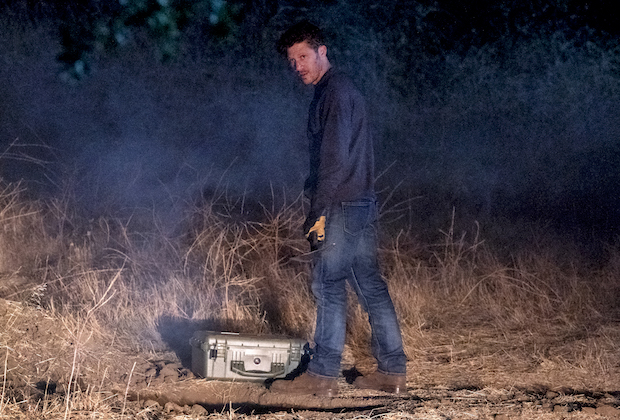 TVLINE | When all is said and done, are we going to learn that there was some sort of inciting incident that put Elias on this path? Did his dad not hug him enough?
He didn’t get enough hugs, this poor guy! If someone had just hugged him…. No, there’s almost a whole episode [premiering Thursday, Dec. 1] that’s very dedicated to his origin story. It’s not like one specific inciting incident, but I think it makes you feel for him a little — and not because he didn’t get enough hugs. Everyone was a little boy at one point, or a little girl. Everyone was innocent at one point. No one’s born evil. Evil is bred, in my opinion. And you start to kind of feel for who this person was at the beginning of their life.

TVLINE | What would you say is the wildest episode to watch for? Where you were like, “I can’t believe I’m doing this”?
The penultimate one, Episode 9, is really fun. I haven’t read the last episode yet, but I’m sure it’s going to be amazing. I don’t know what happens, but I do know it just keeps ramping up and up. And Episode 5 has a pretty great cliffhanger as well.

Want scoop on Criminal Minds: Evolution, or for any other show? Email InsideLine@tvline.com and your question may be answered via Matt’s Inside Line.