Fox’s Thanksgiving Day broadcast of the Dallas Cowboys’ 28-20 win over the New York Giants was stuffed with viewers.

A crowd of 42 million tuned in for the afternoon telecast (across Fox and Fox Sports streaming platforms), making it the most-watched regular-season NFL game on any network on record. The Top 5 markets were, in order, Dallas, San Antonio, Austin, Kansas City and Las Vegas.

(The previous recored was held by a December 1990 Monday Night Football match-up between the Giants and the San Francisco 49ers, which averaged 41.55 million viewers.)

The record audience for Thursday’s Cowboys/Giants game was up 3 percent from the comparable 2021 game which drew 40.8 million. 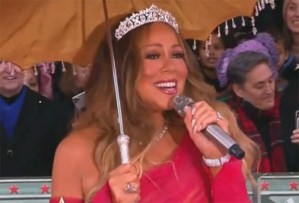 In other Thanksgiving Day ratings news: NBC’s telecast of the 2022 Macy’s Thanksgiving Parade averaged 27.7 million viewers (including digital, streaming on Peacock, and encore viewing), marking the annual event’s most total viewers in five years. And that morning’s live telecast of the parade stands as NBC’s most watched (with 22.3 million viewers) and highest entertainment program (with a 5.5 demo rating) for the year.

Friday night’s ratings are delayed by the holiday weekend, will be out early this week.