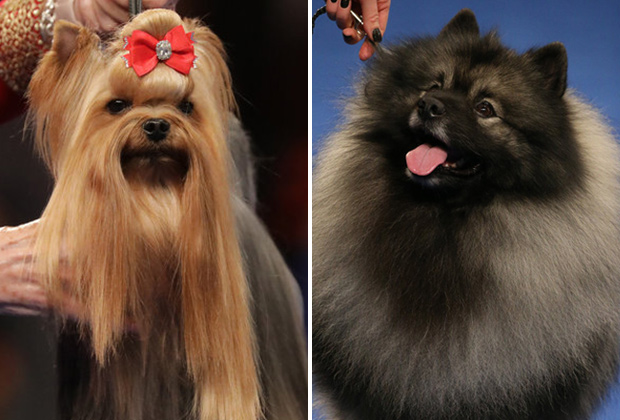 John O’Hurley and David Frei returned to host the 2022 National Dog Show on Thursday, televised on NBC from the Greater Philadelphia Expo Center in Oaks, Pa. Mary Carillo was also back for to provide commentary, analysis and a peek behind the scenes of the competition.

Three new breeds made their debut in this year’s competition — the Bracco Italiano (sporting group), the Mudi (herding group) and the Russian Toy (toy group) — in which more than 1,500 dogs representing nearly 200 breeds competed for the title of Best in Show.

The National Dog Show made history in 2021 when Scottish deerhound Claire (full name GCH Foxcliffe Claire Randall Fraser for all you Outlander fans!) won the title of Best in Show for the second year in a row. Unfortunately, a three-peat was completely out of the question, as Claire retired from competition after her back-to-back victories.

So, which hairy hopeful was named Best in Show this year? Here’s how the results shook out:

As always, the competition was ruff, and only one competitor could emerge top dog. The 2022 National Dog Show’s Best in Show winner is… Winston, the French Bulldog!

How did your preferred pooch fare in this year’s competition? Drop a comment with your thoughts on the Best in Show winner below.