NBC will serve up its spin on the UK quiz show The Wheel over 10 nights in December, it was announced on Monday.

The “two-week takeover,” hosted by British comedian/series creator Michael McIntyre, will kick off Monday, Dec. 19 and wrap up on Friday, Dec. 30 (as detailed below).

Watch a video sneak peek up above.

Each hourlong episode of The Wheel follows six celebrity guests “spinning, advising and supporting charismatic contestants as they endeavor to be the last one standing.” As the contestants vie for the chance to win over $100,000, the celebrities “lend their expertise in a variety of hilarious and outrageous categories from candy and comedians to poker and politics.” 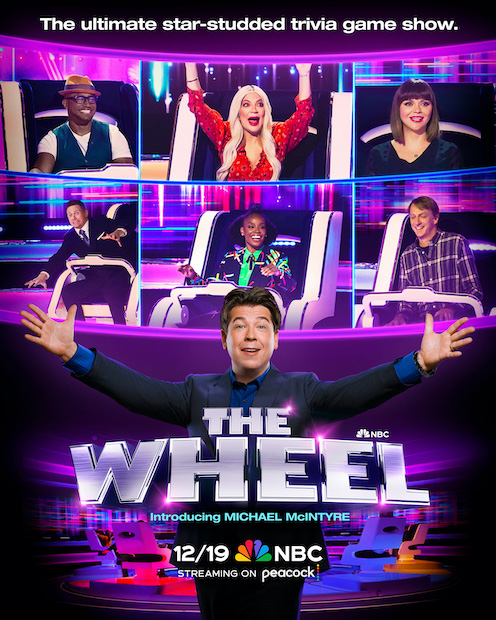 Friday, Dec. 30 at 8/7c — “The Skater & the Dater”
Contestants get insight from Christina Ricci, Chris Kattan, Kym Whitley, Tony Hawk, Jackie Tohn and Curtis Stone on a variety of categories that include Saturday Night Live, pregnancy and meat.

Will you tune in for NBC’s take on The Wheel?