The English‘s epic love story doesn’t have a happy ending — at least not in the traditional sense. 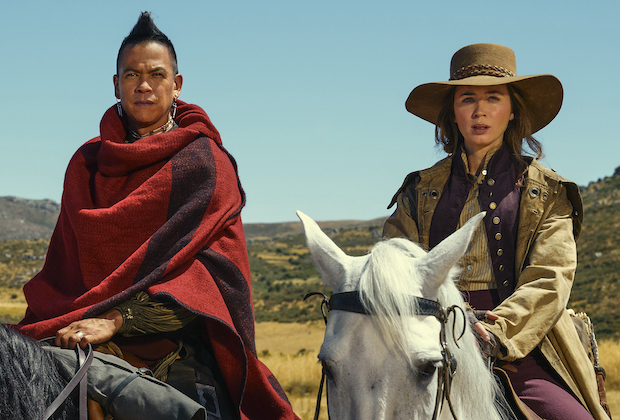 Cornelia and Eli’s sexual tension comes to a head in Episode 5 of the Prime Video western, when the journeying twosome share a kiss under the night sky. But Cornelia puts a stop to it, knowing that she will eventually succumb to syphilis, the sexually transmitted disease inflicted upon her by her rapist, David Melmont — a disease she would ultimately pass down to a child born of the assault. Rather than explain her circumstances to Eli, she scurries off and buries herself in the sand.

“It’s like she is trying to dissociate from her own decline, and the disease that is taking over,” series star/executive producer Emily Blunt explains to TVLine. “Up until point, she is trying to keep it at arm’s length. All that matters is that she gets to this big bad wolf and she kills him. In that moment, it’s this confrontation for her — this hopefulness and this sexuality that is starting to build [between her and Eli], and the shame of what is happening to her body. 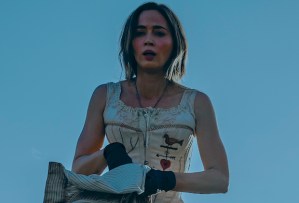 It’s in part why she and Eli can never be together. After Melmont is killed — he is shot not by Cornelia, but by another one of his victims, Martha Myers, before Eli digs his blade into the scoundrel’s chest — the kindred spirits go their separate ways. Cornelia will return to England and live out her remaining years hidden behind a vail to obscure her dilapidated face; Eli will go into hiding to avoid being hunted for Melmont’s murder. 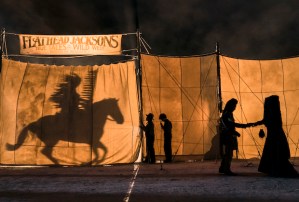 Asked for her takeaway from the finale, Blunt manages to see past Cornelia’s death sentence. “There is dignity in [this ending] for her,” she answers. Cornelia has come to terms with her fate, and “she has gone through a reclamation of identity. And there is something healing in that she met in Eli such a kind man, and a man who had such an impact on her life. She is someone who is big on destiny, and this happens to be her rather tragic destiny. But there is great peace for her in it because what she has been able to experience. And in experiencing great love, and being able to let that go [of that love], has its own moment of dignity for her — to be able to let go and let [Eli] be free of whatever decay is going to happen to her.” 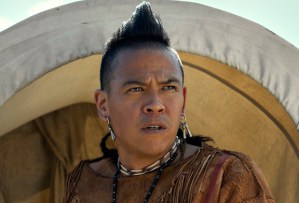 As for Eli, we never do find out if he survives long enough return home to Nebraska and stake claim to his few acres of land. What we do know is that he will be remembered as a hero. He eventually will be immortalized by White Moon as part of Flathead Jackson’s True Tales of the Wild West — a traveling sideshow funded by Cornelia that makes its way to her side of the pond at the dawn of the 20th Century.

“I feel like Eli has found peace at the end,” portrayer Chaske Spencer tells TVLine. “I always pictured Eli on his land, using the seeds which Cornelia gave him to create life and to create food. I feel like he started over as much as he could. I don’t think he ever moved on to anyone [after Cornelia]. I always thought of Eli as a loner; that’s just the way that he is.”

What did you think of The English finale? Grade Episode 6 — and the limited series as a whole — below, then sound off in Comments.