This week on SEAL Team, Bravo’s high over the helo-to-helo interdiction was harshed by news from back home, that Clay had been killed in an accidental shooting. But the mission must go on…?

Having procured intel on Rajavi’s movements, Bravo, as Jason himself said, was firing on all cylinders for the first time in a long time, and certainly since Omar got swapped in for sidelined Clay. But then the calls came, for Jay and Ray, neither of whom could believe what they had been told.

Clay had been killed.

Sonny was even deeper in denial (or at least he fronted that he was), positing there had been some mix-up or miscommunication. He valiantly tried to reach Stella, and then Clay himself, but soon enough he acted out, lashed out and allowed his emotions to run free. And in one of his more kneejerk reactions, over the phone he laid blame squarely at Lisa’s feet, seeing as things would have been different if Mali hadn’t been comprised by a bad source she had yet to root out.

So devastated was Bravo that they voted to sit out the next steps in taking out Rajavi, hand someone else the baton, and make tracks for home. Alas, no other assets were anywhere ready or close to jumping into the fray, so Bravo was commanded to stay the course and get the drop on Rajavi before word of his money man being nabbed scared off the HVT. 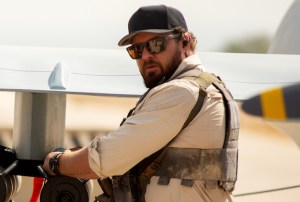 Worse, HAVOC’s plan to use drone strikes, with Bravo simply assessing damage/kills, petered out, meaning Jason & Co. would have to take out Rajavi in the streets. So while Sonny and Omar set out to sabotage the drones that might get used against them, and with Ray keeping lookout, Jason, Brock and Trent got eyes on Rajavi. With tangoes closing in on their pos, Sonny and Omar were forced to act first and blow up the drones, soon after which word got to Rajavi, who rose to leave his meeting outside a cafe. That left Jason & co. no choice but to squirt off some bullets right then and there, taking down everyone… but their MIA HVT.

A foot chase ensued, up and down stairs, up and down alleyways and across rooftops, until Jason wound up with the higher ground and was able to put down Rajavi. Bravo’s mission is not quite yet complete, however, seeing as their ride home just got taken down by an enemy shoulder rocket, leaving them stranded on a bombed-out street with many tangoes closing in….

Previewing next Sunday’s season finale — in which Bravo deals with said crisis and (presumably!) gets home in time to lay Clay to rest — AJ Buckley, who plays Sonny, told TVLine, “It was a tough one” for him as an actor, “for so many, many reasons. And if I could explain without ruining anything, I would. But there is a lot going on.”

Buckley did note that the way the season ends “brings light to a subject that needs to be more addressed, regarding what our special operation guys go through and the invisible wounds of war.

“It was a very classy way that they sort of told this journey,” he added, “but it’s definitely a heavy ending — out of all the seasons, I would say probably the heaviest of any. There will be many empty Kleenex boxes on the floor by the end.”