Survivor‘s Dwight Moore had a chance to snag a potentially game-changing (and game-saving?) advantage, but ultimately, he turned it down. Later that night, he saw his chance at the $1M prize circle the drain when he was voted out of the game at the season’s seventh Tribal Council.

“I actually got to camp first and I passed the Knowledge Is Power. I thought it was a detriment,” Moore tells TVLine the morning after Wednesday’s episode. “If you have it, then it’s public and people who have idols and advantages will want you gone.”

The advantage was eventually claimed by former Coco member James, which led to a bout of idol “musical chairs” (as Moore puts it). Players temporarily gave possession of their advantages to allies in fear of them being stolen by James’ new power. But for Moore, the whole shebang seemed like a big ol’ case of damned if you do, damned if you don’t. (Read a recap here.)

Below, the ousted player fills us in on why Cody was so focused on him, why he didn’t grab that advantage and what became of the idol he was temporarily holding for Jeanine.

TVLINE | It looked like Jeanine put her hand down behind her at Tribal Council… did you slip her idol back to her?
DWIGHT MOORE | The idol situation is just tough. You see her during Tribal just like reaching back. She was not reaching back to grab the idol, she was reaching back to pat my leg like, “OK, you’re good,” as a friend checking on me. So that was fun. The whole idol debacle, of course I wish I had played it or had someone else play it for me, just anything different than what happened basically. [Laughs]

TVLINE | So to be clear, her idol is gone for good?
She did not get the idol back.

TVLINE | How many people knew you were holding her idol and is that perhaps a reason why they tried to target you, or am I just making that up in my head?
No, you’re absolutely right. So to give the idol fiasco more context, we all knew James had Knowledge Is Power because 1) we all knew Geo got voted out with it, and 2) I was like, “Oh, crazy how another advantage got put into the game at the same time Liana got hers [in Season 41] and the same time Drea got hers [in Season 42]. It doesn’t take a damn genius to figure out it’s Knowledge Is Power. They want that thing to get played. 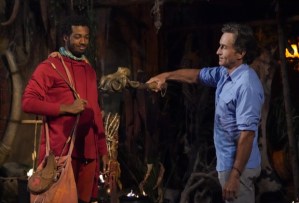 So we’re all just like, “OK, we’re gonna switch the idols around,” and the people who knew were me Noelle, Owen, Jeanine, Sami and Jesse. And then of course, Sami and Jesse were like, “Oh, he has the idol! Get him!” It’s unfortunate how many people knew than probably should have known, but at that point, we trusted each other. Baka/Vesi was the game plan that we came up with. So it was really just a countermeasure against Knowledge Is Power, because from my perspective, I was like, “There’s no way they don’t play it tonight, so we have to move the idols.” You can’t leave it on Jeanine because they’ll just guess Jeanine and get it. There was no option to leave them where they were, and that’s why we started playing musical chairs and unfortunately, I got left without a chair.

TVLINE | Tell me a little bit about your relationship with Cody. What would have made him want to target you so badly?
I wish I knew the exact reason. I still don’t fully. Even early on at Vesi, he called me “the strategist” all of the time. I was like, “Please don’t give me that label outside of Vesi because that will get me voted out very quickly.” And lo and behold, it got me voted out very quickly. But I wish I knew fully why he had it out for me. From what I understand, he was threatened because I knew a lot about the game, but I didn’t really talk too much strategy with him until like Day 4 or 5. He didn’t talk strategy to myself, Noelle or Justine until the first vote. He made it very clear he was with Nneka and Jesse.

But from what I understand, I talked about the schedule a lot early on, like listen, “Votes are going to be Days 3, 5, 7, 9 and 11. We’ll probably merge on 12 or 13.” I think I revealed too much. I know a lot about the game schedule, and he was like, “Oh, he knows the game schedule, he must know a lot about the game itself. He’s a strategist. He’s a problem. He needs to go.” I was just trying to be helpful when I said all of this during the game. 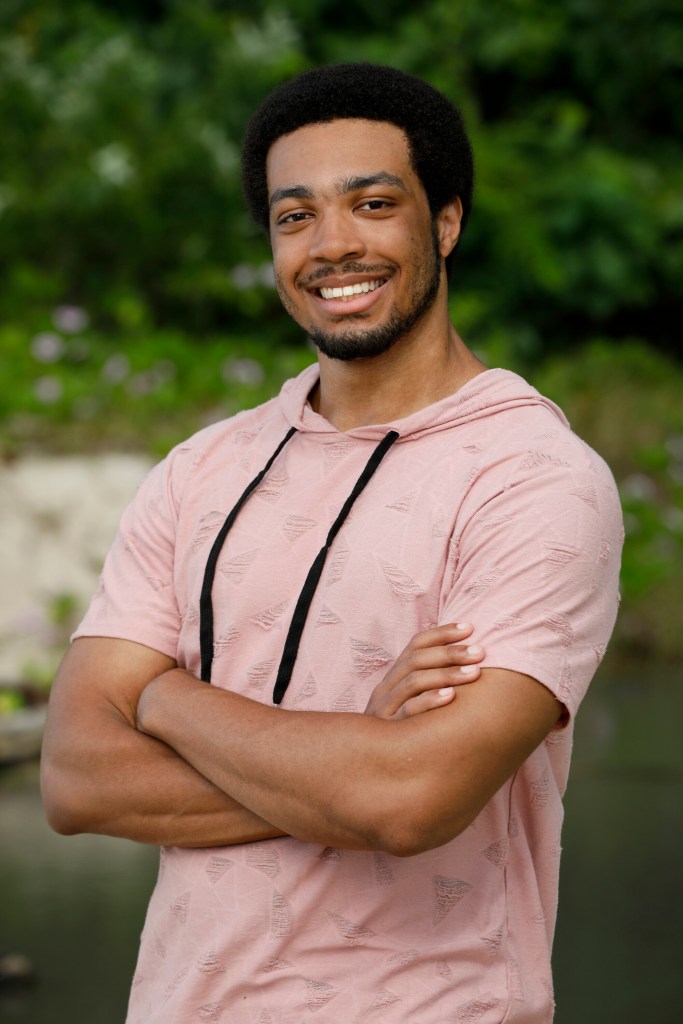 The journey was another big reason he didn’t trust me fully. He never believed me. When I came back from the journey and I told them exactly what happened, and he thought I was lying. And he was convinced that, even though I showed them the “I don’t have a vote” paper, he still thought I was lying. What more can I do besides tell you the truth at every possible turn? It was a bit frustrating, I’m not going to lie, but it’s the game.

TVLINE | How are you feeling in general about the fact that your former Vesi members flipped on you?
I’m hurt, and I will never talk to them — no, I’m kidding! I wanted to keep working with Vesi because I knew coming into the merge, if they were to target us, the first target would either be myself or Cody. I knew of the four of us, I was seen as the superfan of the show, and the person who knew the game the most. I was trying to control that. I could see myself being targeted or Cody because [he’s the] physical strength of our tribe. So if I keep Cody here and if these people were voting on physical strength, he’s a shield for me. If they were voting on strategic strength, I was a shield for him. So I thought if I was keeping him as a shield, he might have the same thought in keeping me as a shield. That was not the case. They were like, “The shield will be thrown away as soon as humanly possible! Get him out of here.” 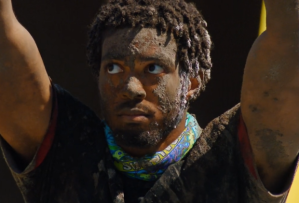 TVLINE | Tell me everything about that twisted cargo net crawl. How hard was that because it looked miserable!
Don’t get me started. I have trauma about that challenge! At least I completed it, but that was just a genuine nightmare to do. The net twists itself as you go through. You would think that when someone goes through, it’s easier for the next person. No. It twists itself back, and you cannot twist it in front of you. It’s twisting in a separate direction on each end. So once you go in, you cannot twist it in front of you. It was physically impossible. You had to roll with it to get out. That was just genuinely claustrophobic in there. I think everybody was panicking! I was like, “I’m going to die in this net. That’s it. I’m done for! I had a good run. I lived a good life. At least this was on camera.” It was a fun challenge, but I also never want to do that challenge again. Retire it — actually don’t retire it! I want to see future people do it so I can laugh at them. I’m sadistic! I want to see Season 44 or 45 do that challenge too. I will laugh in your face! [Laughs]

TVLINE | Did you feel that the TV edit told your entire story?
Not… fully? On that last episode, for example. Another reason of why I knew I was catching votes early on… I was the last one to wake up. I talked to James for a bit, and he told me Owen’s socially on the outs, so be careful. Later in the day, you see Owen and I go to the tree mail. On the walk, Owen first thing is like, “James told me to watch out for you.” So James told him about me, what he told me about him. He was trying to pit us against each other.

The Knowledge Is Power debacle stemmed from the Owen/James/myself situation. That’s why when we get to the well, no one wanted it because there was so much distrust there. Whoever gets it was going to get snitched on by the others immediately. I actually got to camp first of the four of them and I passed the Knowledge Is Power. I thought it was a detriment. If you have it, then it’s public and people who have idols and advantages will want you gone. I had no idea who had Coco’s idol, so why would I pick up Knowledge Is Power at that point? Of course, if I had it, things maybe go differently, but I just saw it as a problem. It was a risk. Let’s say I play Knowledge Is Power and I grab an idol and I play it. I’m gone the next damn day because that’s a big move that sometimes gets you sent home if you do it too early. It was all around a bad idea to pick it up if it was public knowledge.