His Dark Materials‘ swan song has arrived in the form of a new trailer for the HBO drama’s third and final season, premiering Monday, Dec. 5 at 9/8c with two back-to-back episodes. The series finale is slated to air on Dec. 26.

In the upcoming season — based on The Amber Spyglass, the final novel in Philip Pullman’s trilogy — “Lyra (Dafne Keen), the prophesied child, and Will (Amir Wilson), the bearer of The Subtle Knife, must journey to a dark place from which no one has ever returned,” per the official synopsis. “As her father’s great war against the Authority edges closer, they will learn that saving the worlds comes at a terrible price.

Check out the newly released key art below. 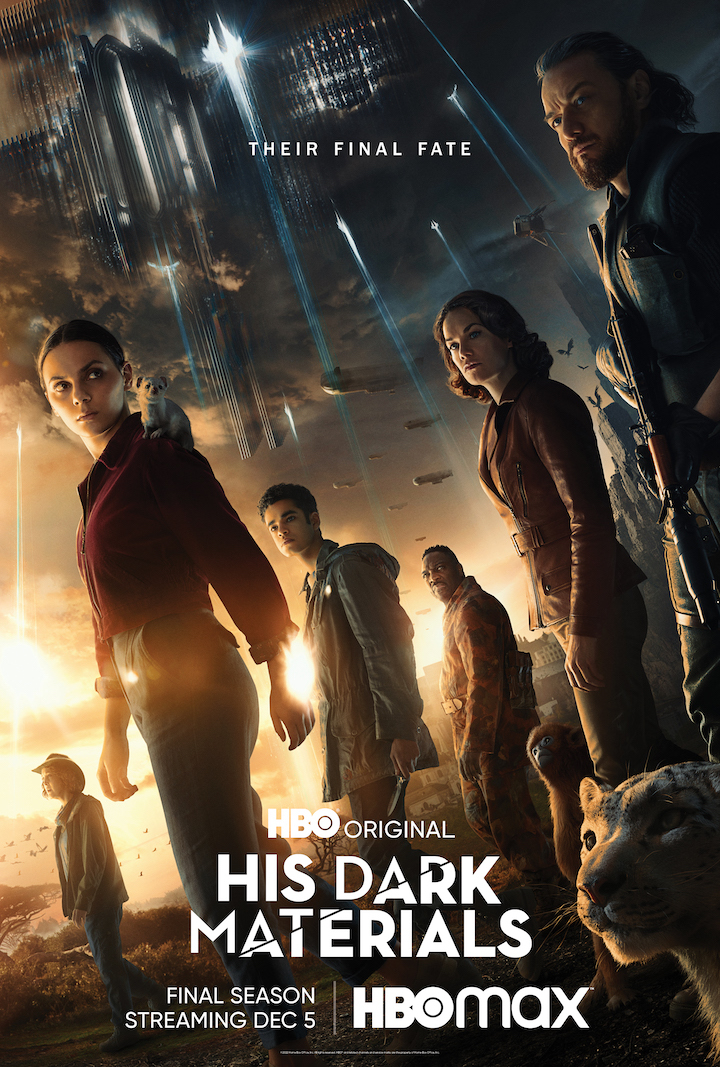 * Dangerous Liaisons, a prequel to the iconic 18th century novel, has been renewed for a second season, ahead of its Nov. 6 premiere on Starz.

* Peacock has released a trailer for the Colin Donnell drama Irreverent, premiering Wednesday, Nov. 30 on the streamer: