Manifest may be winding down, but Michaela’s love life remains… complicated.

Season 3 ended with the NYPD cop and her husband Zeke on the verge of a serious conversation about their relationship. In that same finale, Jared admitted to Michaela that he stepped back and watched the “love of his life” marry Zeke because the latter was supposed to die.

(Note: Zeke died in the Season 2 finale before being resurrected a second time; the first time occurring in Season 1 after he froze to death in a cave for a year and returned to life when Flight 828 also resurfaced.) 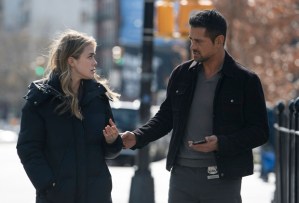 When the Netflix show returns for its fourth and final season this Friday, fans will see the result of Michaela’s talk with Zeke, as well as where she stands with Jared. “It’s not uncomplicated,” Melissa Roxburgh tells TVLine. “She loves Jared, she loves Zeke for very different reasons. Her heart has been tied to Jared for so long, and yet she married Zeke. She’s in this precarious situation now. Does she go back to the person she’s known her entire life, or this person she has a supernatural connection with? It’s very messy.”

Matt Long describes Zeke’s chat with Michaela, which fans will see in the early part of Season 4, as “really memorable… [It’s] really well-written and one of my favorite scenes of Season 4.”

What about Michaela’s former fiancé Jared? Will he stick to the sidelines, or fight for his former flame? According to portrayer J.R. Ramirez, the detective is always going to love Michaela, but he won’t be bogged down by the love triangle in the remaining episodes.

“There’s a different light to Jared,” Ramirez says. “I feel like he took the time to reflect. He’s been through a lot emotionally [and] physically with the Stones, always putting his career on the line, doing everything he can to help them.” 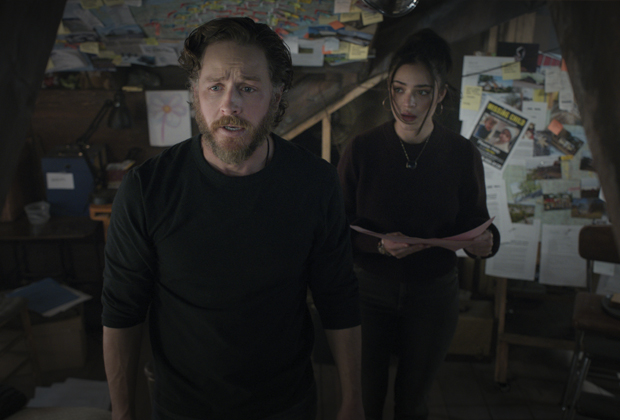 But when it comes to Michaela, Jared is “always going be there for her. He just wants the best for her, and I think that the show did a beautiful job of showing these two guys [who] at the end of the day, what they want is the same thing: They want the best for her.”

Jared has “put it all out there and did everything he can do,” Ramirez adds, and Michaela has a choice to make. “I love the fact that even with all that, there’s no hostility. There’s this element of just family. There’s this element of love and support. And you even get a little ‘something something’ between Jared and Zeke this year that I think the fans are really going to enjoy.”

While we don’t know what this “something something” is just yet, Long notes that “these guys have been through so much together, and with that comes a strange bond.”