THE SHOW | House of the Dragon

THE PERFORMANCE | Gods be good, D’Arcy was on fire in the HBO drama’s Season 1 finale. Let us count the ways.

First up: that horrific birth scene. (In case you’re keeping score at home, that was the second such endeavor of the season for D’Arcy, who uses they/them pronouns.) As Rhaenyra simultaneously processed the upsetting news of her father’s death and went into labor, D’Arcy clutched at their belly as though the princess were bodily absorbing the bad news. In the scene that followed, we weren’t sure exactly how they worked through so many emotions — fear that the child was coming too early, uncertainty about the future of the realm and Rhaenyra’s claim to the throne — so gorgeously while also enduring the gutting physical turmoil of a stillbirth.

Then, later: So many of D’Arcy’s acting choices in the Chamber of the Painted Table made a deep impression. The way D’Arcy waited, allowing silence to speak volumes, between Daemon’s outburst and the newly-crowned queen’s order that everyone clear the room. The clear-headedness, even amid emotional conflict, they kept as a touchstone while Rhaenyra staved off demands to go to war. The confusion and hurt with which they filled the new queen’s eyes as Daemon grabbed her by the throat and acted out his own feelings of inadequacy. Everything D’Arcy did wove a tapestry of a young woman who was finally achieving a position she’d known was coming… and she wasn’t quite sure how to process that fact.

Finally, the end of the episode: We couldn’t see D’Arcy’s face at the exact moment Rhaenyra learned her son had been killed, but we didn’t need to. They bowed their body, crushed by the news of Lucerys’ death, their head dropped under the onslaught of grief. Then just as quickly, D’Arcy filled their character with an aura of vengeful resolve. That face when they turned toward the camera at the end of the episode? Like so much of D’Arcy’s showing in the season-ender: Chills. 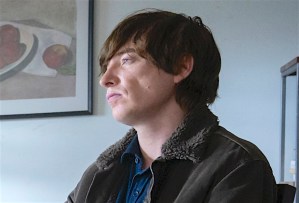 HONORABLE MENTION | It’s not easy playing a serial killer without turning him into a soulless monster, but Domhnall Gleeson has been doing fine work all season long on Hulu’s The Patient, showing us the small shreds of humanity buried within killer Sam’s tortured psyche. In this week’s finale, Gleeson mostly relied on the chillingly blank, dead-eyed stare Sam applied to every human interaction, but his voice trembled as Sam confronted his father about the severe abuse he suffered as a child. His eyes turned mournful when Alan told him it was time for their therapy to end, and he flashed a murderous rage when he exploded on Alan as the therapist held his mom hostage: “You said I was getting better. I believed you.” Sam did end up taking Alan’s life, but his actions also revealed that Alan’s therapy did have a lasting effect on him — and Gleeson’s intricately detailed performance, with its tiny tics and inflections, let us see the conflicted man behind the monster. 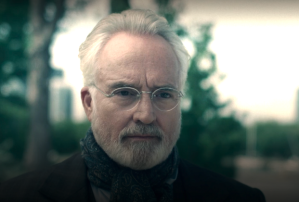 HONORABLE MENTION | Look, the last thing we want to do is feel sympathy for someone commonly referred to as The Handmaid’s Tale‘s Architect of Gilead. So damn you, Bradley Whitford, for doing such a good job of making us care about Commander Lawrence’s eternally conflicted feelings. In this week’s episode, something about the way Whitford forlornly had his character put up zero fight when June went in on him felt new, pathetic and surprisingly moving. Whitford became teary as Joseph feebly tried to explain that everything he’d done was with the goal of saving humanity; his reading of “It got away from me” felt both fraught (this is a guy who’s grappling!) yet inadequate (he’s not quite there yet!). Whitford is as good at dry humor as he is at deep pathos — it’s nice to see him get the chance do the latter every now and again. 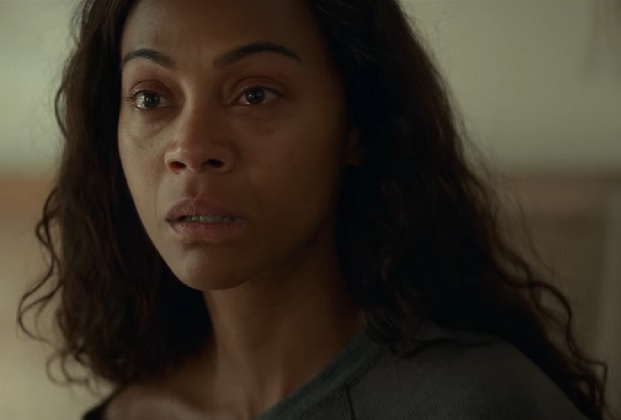 HONORABLE MENTION | Even though we knew what was coming in Netflix’s limited series From Scratch — the trailer pretty much gave away the ending of Amy and Lino’s romantic-turned-tragic love story — we still weren’t prepared for the power of star Zoe Saldaña‘s poignant performance. In the finale, the actress practically radiated Amy’s grief over her beloved husband’s death from cancer, leaving us aching for her loss. Saldaña’s sobs were heart-wrenching as Amy begged her sister Zora not to force her to get out of bed and take Lino’s ashes back to his Sicilian hometown. When Amy finally did say goodbye to Lino in Sicily, we were touched not only by the love that the couple shared, but also by the soulfulness and devastating emotion that Saldaña brought to her role.