Jonathan Pryce has a bone to pick with those speaking out against Netflix’s The Crown. 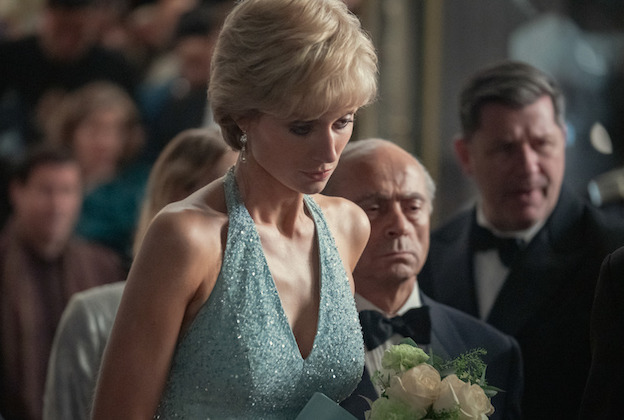 Without naming names, the Game of Thrones vet — who inhabits the role of Prince Philip, Duke of Edinburgh, in the upcoming Season 5 (releasing Wednesday, Nov. 9; watch trailer) — tells our sister site Deadline that he is “hugely disappointed by my fellow artistes” who have publicly criticized the royal drama and demanded that it carry a disclaimer to confirm that it is a work of fiction.

“The vast majority of people know it’s a drama,” Pryce points out. “They’ve been watching it for four seasons.”

Pryce’s comments come one week after Dame Judi Dench published an open letter to the UK’s The Times that condemned the royal drama for presenting “an inaccurate and hurtful account of history.” She urged Netflix to add a disclaimer to the beginning of every episode reiterating that the series is a “fictionalised drama.” But in the past, the streaming giant has resisted such pleas — including one from former cast member Helena Bonham Carter. The streaming giant ultimately added a disclaimer to the video description that accompanies the Season 5 trailer on YouTube — a disclaimer, we should note, that already served as the series’ official logline, as seen on The Crown‘s Netflix landing page.

Pryce goes on to suggest that the recent ballyhoo surrounding the release of Season 5 stems from “an enhanced sensitivity because of the passing of the Queen” — a sentiment shared by his costar Lesley Manville, who is inheriting the part of Princess Margaret from Carter.

“There is, and for my part as well, a great deal of compassion towards the Queen, and depths of feeling that she is no longer with us,” Manville tells Deadline. “That has certainly heightened it all.” But she also states that she “wouldn’t be involved with something that I felt was crossing the line. I don’t think the series does at all.

Imelda Staunton, who plays Queen Elizabeth II in Seasons 5 and 6, also empathizes with those who feel like “their nerve endings are still a little bit raw” following Her Majesty’s passing, but considers The Crown to be “honest and true and respectful,” adding: “[Morgan] obviously adores this family in many ways, and he’ll show both sides of the characters, for good or for worse. He’ll show them and make no judgment… he’ll leave that up to the audience.”

Have thoughts on the recent controversy surrounding Netflix’s The Crown? Drop ’em in a comment below.