It’s The Simpsons as you’ve never seen them before.

Sunday’s “Treehouse of Horror XXXIII” (Fox, 8/7c) includes a segment inspired by the popular anime series Death Note, and TVLine has an exclusive first look at some of the key characters in action.

For the unfamiliar, Death Note follows a boy named Light (played in this episode by Lisa) who comes into the possession of a supernatural book capable of killing anyone whose name is written in its pages, presuming that the person writing knows both the victim’s name and face.

Light is accompanied by a dark spirit named Ryuk, who receives a Simpsons-appropriate makeover of his own in the annual Halloween special. The show’s anime versions of Homer, Marge and Mr. Burns — among an assortment of other colorful Springfield residents — is truly a treat.

Elsewhere in this year’s book-themed trilogy, “Marge’s resentment takes monstrous form,” followed by a segment that “breaks Matt Groening’s biggest rule: Homer learns he’s not the man he thought he was.”

Hit PLAY on the video above to see The Simpsons‘ Death Note spoof in action, then check out more stills from the “Treehouse of Horror XXXIII” segment below. When you’re done, drop a comment with your thoughts on the characters’ anime makeover. 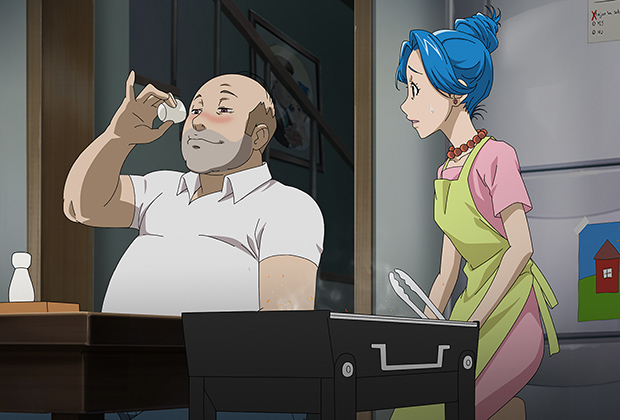 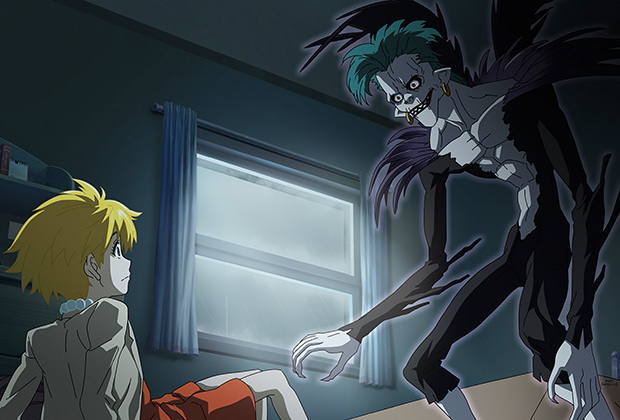 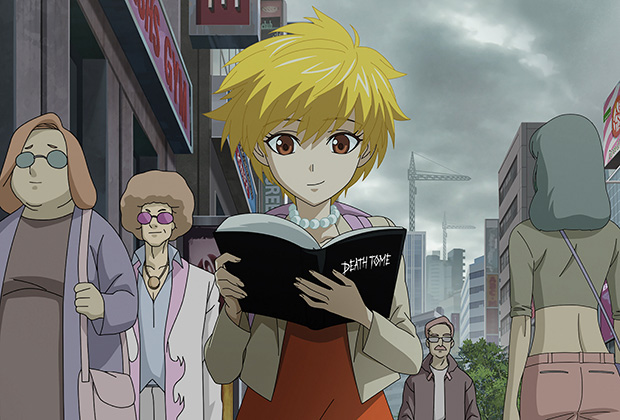