The Voice giveth, The Voice taketh away. And as Season 22’s Battles came to a close with Tuesday evening’s show, taken away were five more contestants, including two who for sure would’ve gotten stolen or saved if the coaches hadn’t already handed out all of their second chances. Read on, let’s discuss the sing-offs, then you can hit the comments with your thoughts on Tuesday’s matchups.

Team Legend: Omar Jose Cardona (Grade: A+) defeated Lana Love (Grade: A) on “Into the Unknown” | Honestly, I’m surprised the show didn’t go into overtime just based on the length of the contestants’ incredible last notes! Truly an epic Battle! But while Lana has a massive voice and brought a playful theatricality to her performance, it was Omar who gave me chills. He didn’t just take possession of the Panic! At the Disco version of their Frozen 2 number, he bought it, gift-wrapped it, presented it to himself and altogether owned it. Gotta think we were shown these Battles out of order, too, because if there had still been a Steal or Save at play, it would’ve had to have been used on Lana. 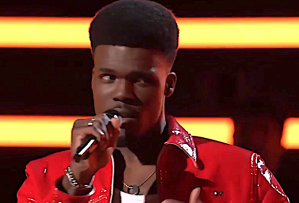 Team Camila: Andrew Igbokidi (Grade: B) defeated Zach Newbould (Grade: A-) on “I Wanna Dance With Somebody” | On the teammates’ melancholic rendition of Whitney Houston’s classic, the nerves that had gotten to Andrew in rehearsal seemed to weigh on him like a wet blanket. He still sounded quite good (and I loved the trickery in his lower register), he just wasn’t able to put much feeling behind it. Zach, on the other hand, gave a performance that was full of emotion. He also benefited from the ear-opening juxtaposition of his solid alterna-rock voice singing Whitney. So I could… not… believe Camila picked Andrew over Zach after that performance. I agree, as she said, Andrew’s “voice and tone are so special.” But Zach won that Battle. (Another case where, if there had been Steals or Saves left, he’d still be in the contest.)

Team Camila: Chello (Grade: B) defeated Constance Howard (Grade: B+) on “Leave the Door Open” | In another of those abbreviated Battles that we all “love,” Coach Cabello cited Chello’s “magical star quality” as the reason she was sticking with him over Constance, who sounded in the brief snippet that we heard like the stronger vocalist. Anybody else have the feeling that in the Knockouts, the magic trick that Chello will perform… will be a vanishing act?

Team Legend: Peyton Aldridge (Grade: N/A) defeated Kara McKee (Grade: N/A) on “More Than Words” | Impossible to grade this mini-Battle since the clip we were shown only featured the contestants singing together — no solo lines. My impression was that Kara was the better of the two, but that may have just been because poor Peyton looked about as anxious as I do when I realize I’m out of wine.

Team Gwen: Kayla Von Der Heide (Grade: C) defeated Sadie Bass (Grade: N/A) on “Everything I Own” | In yet another truncated Battle, we only heard a teensy bit of Kayla, who was fine but probably only fine enough to be the stuff of Knockouts eliminees. Sadie didn’t get a solo at all in the clip, which might have spoken volumes about the quality of her performance (or not?). 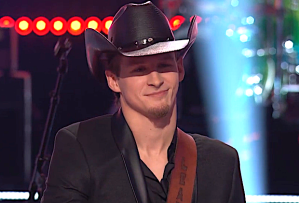 Team Blake: Bryce Leatherwood (Grade: B) defeated The Dryes (Grade: B+) on “Red Dirt Road” — The Dryes saved by Blake | Listening to the trio rehearse, I reckoned that this Battle was Bryce’s to lose. The Dryes sounded sorta overwrought whereas Bryce was so authentically country, he left me typing with a twang. Once they hit the stage, though, it hit me: Mrs. Drye is more impressive than Mr. Drye. And here, she made their whole performance more ear-catching than even Bryce’s. After all three of them had a rough start to the song — the coaches noted it in a rare moment of out-and-out critique — Mrs. D showed us that she has a lot more tricks up her fringed sleeve than Bryce does under his Stetson. (Still wish Blake had used his Save on Tanner Fussell.)

Where you as blown away by Omar as I was? Do you agree with Camila that Andrew > Zach? Play favorites in the poll below, then hit the comments.