We’ve got questions, and you’ve (maybe) got answers! With another week of TV gone by, we’re lobbing queries left and right about lotsa shows including The Watcher, Chesapeake Shores, La Brea, Handmaid’s Tale, Quantum Leap and more!

1 | Which of The Watcher‘s unresolved plot threads frustrated you the most? (For us, it’s the tunnels. How do you not fully explore those?!) 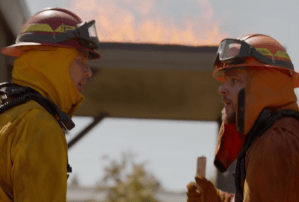 2 | Wouldn’t Fire Country‘s Gabriela have gotten the swim lesson kiddos out of the pool the instant the lighting storm forecast made rounds? And why did Manny & Co. stand around talking about the burning awning versus quickly doing something about it?

3 | Why was Family Guy‘s Peter so disgusted by the idea of going “there” with Babs when he already expressed his desire to bed her back in 2007? What changed in those 16 seasons?

4 | Why did House of the Dragon‘s Otto, Alicent, et al decide to hold Aegon’s coronation at the dragon pit, instead of the traditional Sept of Baelor, if they didn’t want someone to, you know, interrupt riding a dragon? And what was the ickier plot development: the vicious underground kid fighting ring, or Larys’, um, foot thing? 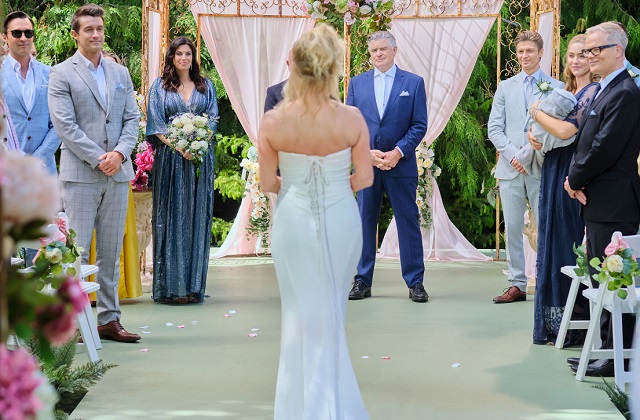 How did Chesapeake Shores‘s Megan get a wedding gown that fit so well on such short notice? And where were the grandkids during the ceremony?

6 | How many Walking Dead fans would have preferred that the series end with the foremost threat to our heroes being the smart new strain of walkers rather than the Commonwealth? And as awful as Pamela is and Sebastian was, are we supposed to feel anything other than disinterested as she mourns him?

7 | Until CBS’ East New York shows us its police commissioner and/or mayor, have you been telling yourself it is set in the same universe as Blue Bloods? 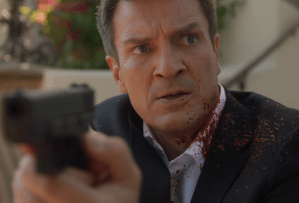 8 | Wouldn’t The Rookie‘s air support have suspected that Nolan was forced to switch vehicles in the garage? (Do they not watch TV cop shows?) And were you cringing at the end when John let Bailey hug him on the side that had just been splattered with Rosalind’s brain matter?

9 | On NCIS, when did Vance’s lady friend write down that complicated, coded bank account number inside the Bible…? While she was bleeding? Or does she travel with that Bible?

10 | On Quantum Leap, do we think the stranger who knew Ben was an Evil Leaper, or something else?

11 | As The Patient slowly reveals new areas of Sam’s home, are you surprised at how chic the pad is, especially when compared to the drab, depressing basement?

12 | On Dancing With the Stars, were you pleasantly surprised to see which couples made it to the end of Prom Night’s dance marathon? 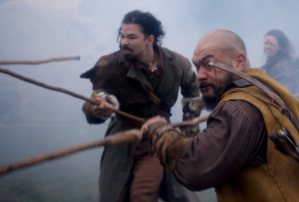 13 | Is La Brea‘s Scott the absolute worst at inconspicuously confiding something in someone? And was it pretty harsh that Joseph and the other angry villagers simply charged at and stabbed (what they thought were) the sky people, unprovoked?

14 | Wasn’t it so obvious New Amsterdam‘s Iggy and the teens were going to get lost in the woods as soon as he took away their phones and locked them up in the car? And what in the world was Floyd thinking with that crazy 50 percent rent increase?! How about trying to report the landlord first for health violations or the sort?

15 | Would you watch an entire episode of The Winchesters that is just the cast dancing and singing to “Aquarius”? And what’s your theory on the mysterious cloaked figure and those creepy-crawly things?

16 | If BET+’s College Hill: Celebrity Edition was able to land Tiffany “New York” Pollard, how is it possible that she slipped by three seasons’ worth of Celebrity Big Brother (U.S.) casting?

17 | While it’s “funny” to see Andor‘s Syril suffer ignominy after ignominy, how will he possibly finagle his way back into a main storyline? Also, did you think we were about to meet K-2SO there on Niamos, even though all pre-season reporting said we wouldn’t? 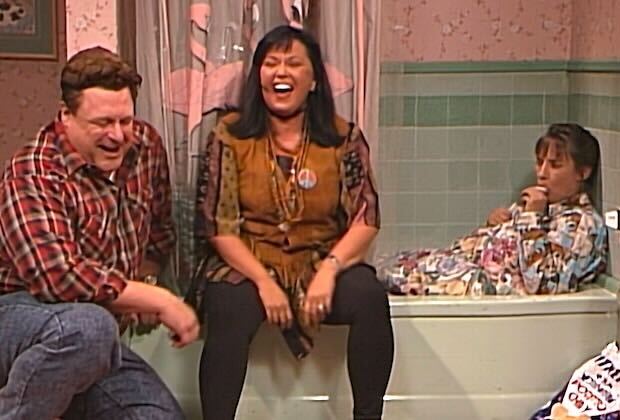 Did The Conners miss a perfect opportunity to reference the Roseanne classic “Stash From the Past” this week, when Dan dabbled with medicinal marijuana? Or are we to assume the beloved Season 6 episode is no longer considered canon? And wouldn’t Dan at some point have consulted his wife Louise about his shoulder pain or choice of herbal remedy?

19 | When DC’s Stargirl opened with that replay of Jennie leaving the group home, did you for a minute think a rerun had been swapped in?

20 | On The Handmaid’s Tale, though it’s hardly her worst stance, wasn’t Serena’s anti-formula complaint at the hospital Just. So. Hatable? Lady, you just gave birth in a BARN, helped by a woman who owes you NOTHING — maybe ease up a scooch?

22 | Big Sky viewers: Are you as surprised as we are by how enjoyable the Tonya/Donno scenes are this season?

23 | Doesn’t American Horror Story: NYC, based on a real-life serial killer who targeted gay men in the 1980s, feel like a retread of Dahmer – Monster: The Jeffrey Dahmer Story? We get that Ryan Murphy likes what he likes, but maybe space them out a bit more?

24 | Was Ryan’s gameplay on Wednesday’s Survivor quite possibly the worst we’ve seen thus far in the show’s “new era”? 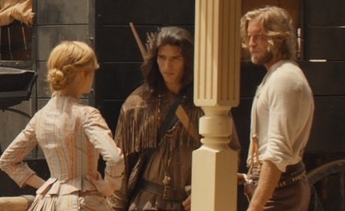 25 | Is it conceivable that the famously well-tressed Katherine McNamara has only the third-best hair on Walker Independence, behind two guys (Justin Johnson Cortez and Matt Barr)?

26 | Grey’s Anatomy fans, did your hearts leap a little bit, thinking when Mika said she mostly had sex with women that Helm might finally get a love interest? And did any of you guess that Jules and Blue would be the first of the new residents to hook up?

27 | Were you disappointed that The Mole‘s finale neglected to include any audience clues? And should the series continue, would you rather see another season of newbies or a good ol’ throwback to Celebrity Mole?

28 | How long before James Corden does a Late Late Show remote where he goes and works as a server for a day at Balthazar?