One of Us Is Lying is going where no Bayview High student has gone before in Season 2: away from its source material.

In its freshman season, the Peacock teen mystery drama followed the central plot of the Karen M. McManus book on which it’s based: five students enter detention, but only four make it out alive. The series took some creative liberties, developing new relationships that didn’t exist in the novel and sprinkling fresh twists into the mystery of who killed the school’s resident gossip blogger Simon, and why he set up the show’s core four. Despite those changes, it maintained the same whodunit and much of the same secrets. But Season 2 (all eight episodes now streaming) fully deviates from the second book, One of Us Is Next, which jumps forward in time and shifts focus to Bronwyn’s younger sister Maeve and a mostly new cast of characters.

“We absolutely wanted to keep telling the story of the characters from One of Us Is Lying,” showrunner Erica Saleh explains. “We wanted to keep telling the story we got to tell in Season 1. Where they end up at the end of Season 1, just getting to, like, think they can trust each other and beginning to be honest about who they are, and then to have that all threatened by Jake’s death [and] someone [who] claims to know what they did, that really just felt like the beginning of the story to us.”

Not having the books as a story guide for the second season was both “exciting and freeing,” but also “a little nerve-wracking,” Saleh says, “just in terms of how much we know our fans love the books and love these characters, and just wanting to make sure that we were really continuing to deliver on the heart of the characters that Karen created.” 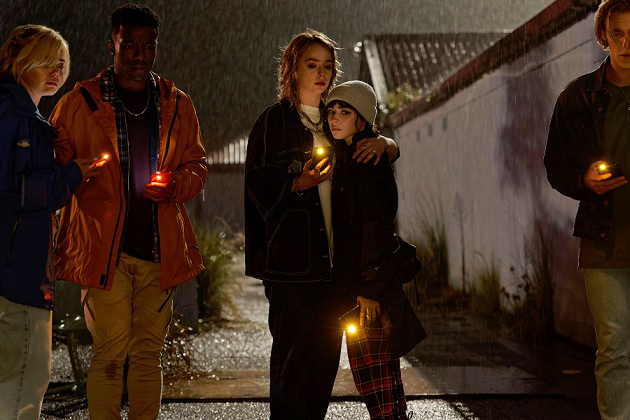 Going in a different direction left Saleh and the writers with the responsibility of crafting a new Simon Says and their own mystery for Season 2 that finds Murder Club actually having a hand in a murder this time, albeit in self-defense against a killer.

“Everything in Season 2 gets a little darker and a little more intense than what we had them going through in Season 1,” Saleh shares. “So much of the mystery in Season 1 was about will they be able to prove their innocence and figure out who killed Simon? Then Season 2 is, will they be able to cover up this this terrible thing they did and figure out who’s threatening them? That naturally lends itself to a sort of darker, scarier place this season.”

In the middle of all the darkness, viewers can expect “a lot of romance,” because these are angsty, hormonal teenagers, after all. From opposites-attract Bronwyn and Nate to exes Cooper and Kris to the budding relationship between Maeve and Janae, “there’s a lot of complications in those romances,” Saleh teases. “The question of who’s going to be able to make it as a couple is definitely a big one this season.” 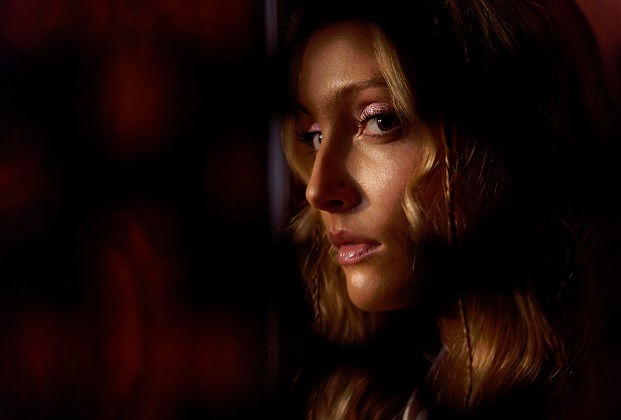 Saleh is also looking forward to delving deeper into two of the aforementioned names, plus a certain Murder Club frenemy. “One thing that’s really exciting is that we start to develop some of the characters that we only got to know a little bit in Season 1,” Saleh says. “Everyone’s going to get to know Maeve and Janae and Vanessa a lot better. And those are some arcs that, I think, are going to be really surprising and exciting to people.”

One of Us Is Lying fans, if you’ve already watched the premiere, grade it below, then hit the comments!