Mind your DVRs, FBI fans, because one of Season 5’s new, upcoming episodes will air on a Sunday. 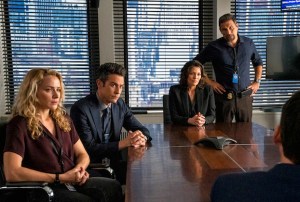 TVLine has learned exclusively that even though CBS’ FBI and the spinoffs FBI: International and FBI: Most Wanted will all be preempted on Tuesday, Nov. 8 by Election Night news coverage, fans of the mothership series will still get a new episode earlier that week, on Sunday, Nov. 6.

The original FBI, after all, has an “extra” episode in inventory, since it aired its postponed Season 4 finale a few weeks into the current season. 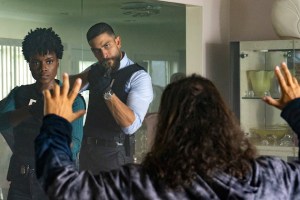 In FBI‘s special Sunday outing, which is titled “Double Bind,” when the team works to rescue a 5-year-old kidnapping victim, Scola (played by John Boyd) suspects the boy’s mother isn’t being forthcoming about why her son was targeted. Also, Nina (Shantel VanSanten) struggles to open up to Scola about matters in their relationship.

Want scoop on CBS’ FBI, or for any other show? Email InsideLine@tvline.com and your question may be answered via Matt’s Inside Line.