Perhaps setting up another future spinoff, Sunday’s episode of The Walking Dead introduced a terrifying new kind of walker — one that can turn doorknobs and climb walls, and even has the brainpower to use a rock as a weapon. Mind you, as clever as this new strain of the dead is, it still didn’t manage to get the better of Aaron, Jerry, Lydia and Elijah as they holed up at the former site of a Renaissance fair en route to Oceanside. The fearsome foursome fought off the assault and learned in the ickiest way possible — when Aaron ripped the “mask” off of a Whisperer that wasn’t actually a Whisperer at all — that rumors of smarter walkers actually hadn’t been exaggerated. 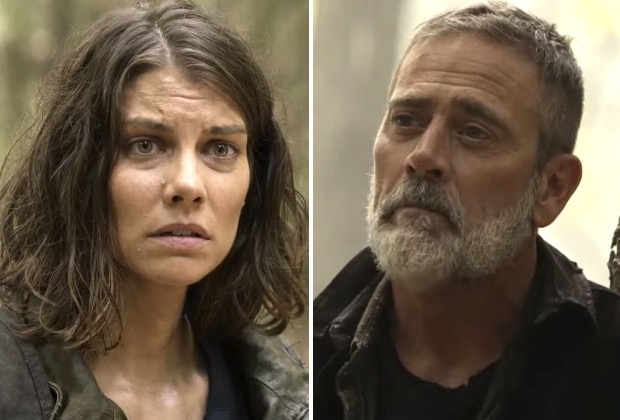 By the time our heroes got back on the road, everything was both hunky and dory again. Aaron had given Lydia a pep talk that had convinced her not to friend-zone Elijah for fear of losing another love, and Jerry was liking the idea of turning the Renaissance fair site into another Kingdom with himself and Nabila as its Ezekiel and Carol.

Meanwhile, back at the Commonwealth, Pamela warned Mercer that an example had to be made of someone for Sebastian’s death and the riot that had resulted from his diatribe being broadcast — and that someone didn’t have to be Max, not if the trooper could deliver Eugene to the governor. Before Mercer could do so, however, Max was apprehended and was quick to express her disappointment in her brother. Princess, too, challenged him to be the better man that she knew he was. As she prepared to hit the road, he made the mistake of telling her that things could be worse on the outside. But that line of BS had gotten her abused throughout her childhood. So “f—k that thinking,” she said. “It could be better, too. It should be.” Amen, Juanita! 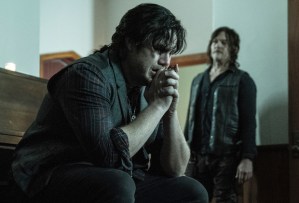 Visiting Lance’s cell, Pamela played “Which hand am I holding the coin in?” with her former right-hand man. He guessed correctly, but nonetheless, she had Calhoun’s dead body and Sebastian’s reanimated corpse brought in as a ghastly means of driving home the point that Lance literally was “at the family’s disposal.” As for poor Eugene, he refused to leave the Commonwealth with Daryl and Rosita. No way could Eugene abandon Max. That being the case, he gave Rosita his bolo tie for Coco, saying that “I do believe that one day she’ll have the style to pull this off,” and split from his friends to save Max by turning himself in. And not only did he take the fall for his girlfriend, he insisted that he had acted alone. (Cue Mercer feeling like absolute s—t.)

Finally, in the episode’s last moments, before Rosita could depart from the Commonwealth, she was attacked. By whom, though? They weren’t troopers. Maybe more of Lance’s minions? What do you think? Hit the comments with your suspicions as well as your overall thoughts about “Variant.”