This year, her and husband Taran Killam’s eldest child, Shaelyn, turned 13. And now in Freevee’s High School, Smulders plays a mom to two teens who are on track to become the indie pop duo Tegan and Sara.

Premiering this Friday with the first four of eight episodes, High School is described as “a story about finding your own identity — a journey made even more complicated when you have a twin whose own struggle and self-discovery so closely mimics your own.” Told through a backdrop of ‘90s grunge and rave culture, the series weaves between the parallel and often discordant memories of twin sisters Tegan and Sara (played by TikTok creators Railey and Seazynn Gilliland) as they grow up down the hall from one another. 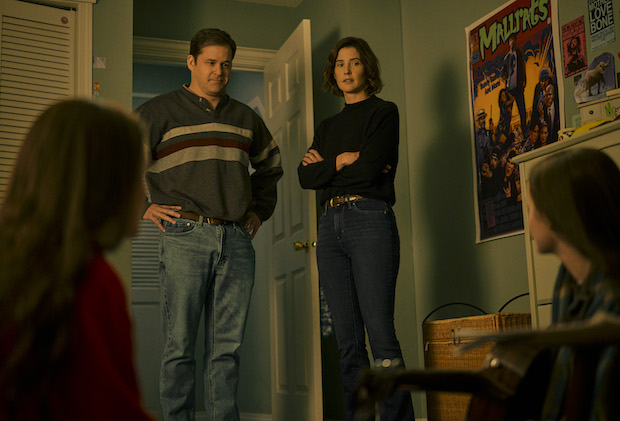 In the TVLine video Q&A above, Smulders talks about the specific challenges that Simone faces as Tegan and Sara’s mom, and how this particular acting experience left her feeling about daughter Shaelyn’s own teen years ahead. (Though as Smulders is quick to admit, “I was a rough teen, so if anything is coming my way, it’s 100-percent karma.”) 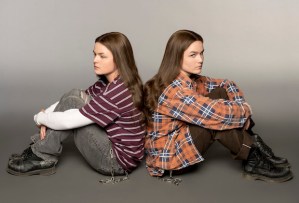 Smulders then shares the God’s honest truth about whether, in light of the aforementioned casting for Tegan and Sara, she either “Tiks” or “Toks.”

Lastly, at the 2:30 mark, we get to talking — well, as much as the infamous Marvel “snipers” will let us — about Secret Invasion, the Spring 2023 Disney+ series in which Smulders and Samuel L. Jackson reprise their MCU roles as Maria Hill and Nick Fury.