Warning: This post contains spoilers for the season finale of The Midnight Club.

If the last shot of The Midnight Club‘s season finale left you scratching your head or picking your jaw up from the floor, you are not alone.

In the episode’s final moments, it was revealed that Dr. Stanton was not only wearing a wig to hide her bald head, but she also had that ominous hourglass symbol tattooed on the back of her neck. Despite the fact that creator Mike Flanagan‘s other Netflix series were conceived as one-and-done projects, the writer/director confirmed to TVLine that this particular story will (fingers crossed!) be an ongoing one. So rest assured: Answers are coming.

“We probably won’t know for another month or so what Netflix wants to do, but this was very much designed to continue,” he said during a recent press event held at Netflix’s New York headquarters. “Pike has 80 books, so we have a lot of incredible material to pull from. We didn’t answer some of the bigger questions of the season. Those answers exist, but were meant to be for the next season. If there isn’t one, I’ll put them up on Twitter, and then at least we’ll all be able to talk about it.” 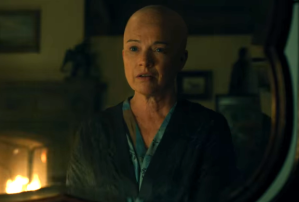 Should there be a Season 2, viewers can expect answers to some of the series’ most gaping mysteries, including the secret behind Dr. Stanton’s condition (is she terminal, herself?) and possible (probable?) connection to the Paragon cult. It will also dive deeper into what’s really going on with Shasta (a.k.a., Julia Jayne), and why the building’s original owners — Stanley and Vera Freelan — are seemingly haunting the hallways of Brightcliffe.

Flanagan also mentioned there will be new club members added to the mix as the story progresses and (tear!) some of our beloved original characters pass away.

Elsewhere in the finale, we catch a glimpse of Julia Jayne’s past, as she searches for Aceso. Instead, she finds a woman named Regina (Athena’s mom) who became a pariah after her time at Brightcliffe. After some chitchat, Regina agrees to teach Julia what she knows.

Back in the present, Dr. Stanton tells Ilonka that Sandra and Julia just got lucky with their misdiagnoses, prompting Ilonka to claim she’s moving back home. In addition, Amesh’s health takes a serious turn for the worse, as the dark shadow lingers around him; Sandra leaves the hospice for good; and Kevin finally breaks up with Katherine.

And one last bombshell: Rhett shows up to collect Anya’s things, and her ballerina figurine with the broken leg has suddenly been repaired. And it’s as if it was never broken in the first place. Is this the sign from beyond the grave that the club promised to send each other? 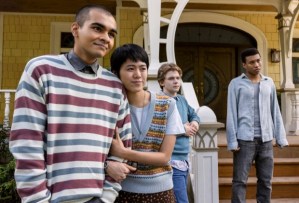 * “I always want to end a little more hopeful than heavy source material, and this one has a lot to say about the cyclical nature of life and death. And I can give you a really fun Easter egg: You’ve met Death on the show. The personification of Death has appeared on the show, but it’s not what you think.”

* As for additional Easter eggs, there are aplenty! “You can spot the Lasser Glass in the show [from Flanagan’s 2014 film Oculus]. If you haven’t already, I won’t tell you where, but someone will put it up [online] pretty soon.”

* “There are a couple little clever turns of phrase in some dialogue that are fun, and a couple nods to Fall of the House of Usher in there. We hit a little Poe.”

So what did you think? Grade the finale and series below, then drop some comments!