Warning: The following contains spoilers from Thursday’s Walker premiere. Proceed at your own risk!

A kidnapped Cordell found himself with unexpected company at the end of Walker‘s Season 3 premiere.

The Texas Ranger spent the episode being mentally and physically tormented by his captors, prompting him to turn to his dead wife Emily for guidance. Cordell remained strong through it all, but the familiar face he was greeted with in the hour’s final moments might just break that resolve, because now his brother Liam is also being held captive.

Below, star/executive producer Jared Padalecki previews how Liam’s kidnapping will spur Cordell into action and how changed Cordell will be coming out of this ordeal.

TVLINE | What can you say about who these guys are and what they hope to achieve by breaking Cordell? They seem to be much more powerful and tactical than some of the previous foes that he’s gone up against. 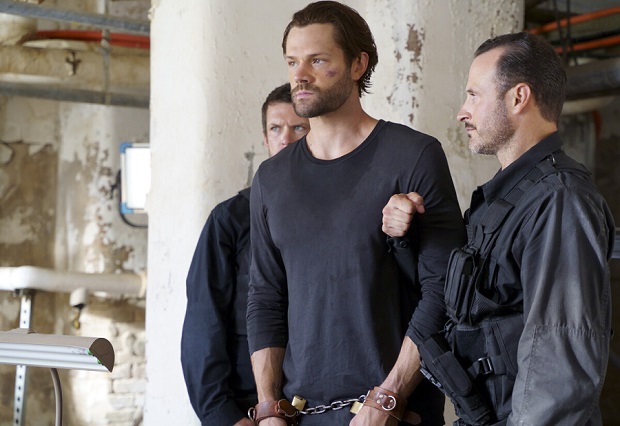 Walker trusts himself, and he knows he’s capable, and he knows he’s tough, and he knows he’s had the training to deal with situations like this. So I think what they’re trying to prove is, like, “Hey, if we’re powerful enough to kidnap you and to break you, then just think what we can do to somebody who’s not you, who doesn’t have your training, who doesn’t have your experience, who doesn’t have your grit and your history.” I think that’s part of it. And they also want to point out, to some extent, that as important as Walker is in keeping the peace, if even Walker can be broken, then who can’t be broken? They’d like to break me, and then rebuild me to be similar to them, and I think they’re going to find that Cordell Walker is a bit more difficult than they would have anticipated. But everybody has a breaking point, right, and they’re hoping to find it, so they can fix him, and then now I’m relying on them.

TVLINE | It’s a bit of a mind game then, not just physical.
Yeah, mind game and physical game. So they’re combining all aspects to get what they want, ultimately. 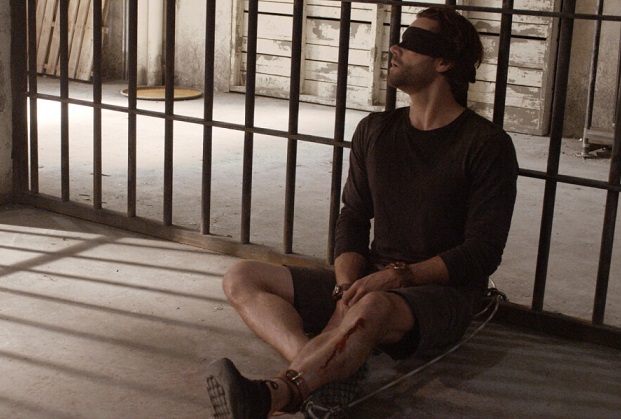 TVLINE | Now that Liam’s stuck in this situation with Walker, how is Walker going to feel about that? Is he angry? Is there a sense of relief that at least someone knows where he is, even if that person is also trapped with him?
More than anger or relief, I think it’s just concern. I think Walker was, especially in that first episode, when we find him, he’s resigned himself to be there as long as it takes. He’s not going to break, he’ll deal with the torture, he’ll deal with the mind games. He’s been through it before. And then once his brother shows up as well, now he’s going, “Oh, crap, there’s a ticking clock. This isn’t going to get any better with me in here, with us in here.” Walker can deal with physical pain and mind games, but he doesn’t want to deal with the same things happening to the people he loves. So that’s what kind of kicks up his urgency a notch, to make him realize, “Hey, I got to do something, and I got to do it now.”

TVLINE | We’ve seen Walker go through traumas and dangerous situations before, but this is on another level. So when he comes out of this eventually, however he comes out of it, how is this ordeal going to change him moving forward?
We’ve seen Walker go through a lot, and when he lost Emily that we flash back to in Season 1, we’ve seen him kind off flee, and try and avoid. And then we saw Walker realize how him avoiding and being absent affected his family. So he doesn’t want to make that same mistake. It doesn’t mean that he’s not going to make another mistake of a different type… He knew when he signed up, whether he was in the Marines or now in law enforcement, his life’s in danger. He’s got a target on his back, and he accepts that to some degree. But now that it’s become much more clear that his job and his lifestyle has put his family and his loved ones in danger, he’s going to be scrambling a little bit with how to make everybody feel better and safer, and we see him kind of spiral in a different direction.

Walker fans, what did you think of the season opener? Grade it below, then hit the comments!