The Big Bang Theory almost had a very different girl next door. 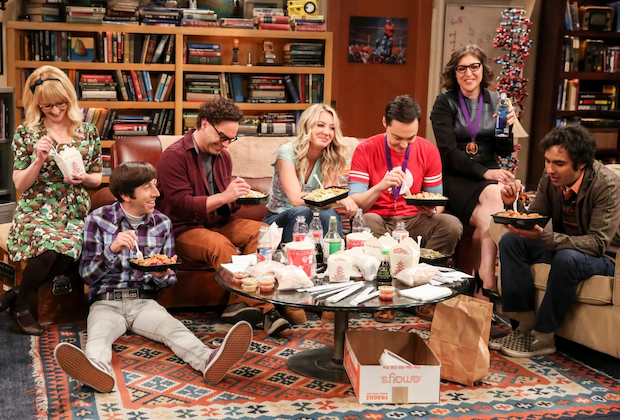 The forthcoming oral history The Big Bang Theory: The Definitive, Inside Story of the Epic Hit Series by Jessica Radloff (pre-order here) reveals the four well-known actresses who auditioned for the role of Penny, originally named Katie, in the 2006 pilot.

“I read with Marisa Tomei,” series star Jim Parsons discloses in the book, out Oct. 11 (per THR). “I remember going to the snack room after we were done and telling [casting directors] Ken [Miller] and Nikki [Valko], ‘I’ve never been in someone else’s audition before!’ And they said, ‘Well, she was kind of really auditioning you.’ And I went, ‘Oh, that makes sense.’ But oh my gosh what a different world that would have been.”

Executive producer Bill Prady goes on to reveal that American Pie‘s Tara Reid also auditioned for Katie, as did Saved by the Bell‘s Elizabeth Berkley, who received a callback. Prison Break‘s Jodi Lyn O’Keefe was then hired, but swapped for Lost Girl‘s Amanda Walsh after the initial table read. (O’Keefe would later guest-star on Big Bang as a prostitute named Mikayla in Season 2’s “The Vegas Renormalization.”)

In the CBS sitcom’s original pilot, Sheldon and Leonard offered Katie, a “street-hardened” cosmetics counter clerk who had been rendered homeless by a breakup, a place to crash for the night. Though Kaley Cuoco also went up for the role, she wasn’t seen as the right fit for that version of the character. “Chuck Lorre said, ‘We love you, but we think you’re too young,'” Cuoco once told TVGuide.com. “So they cast somebody else, did the pilot, and then wanted to… change the whole outlook on this character.”

When the series was reconfigured a year later with fresh-from-Nebraska Penny as the boys’ female foil, “Chuck called me and was like, ‘Kaley, come meet with me,'” Cuoco continued. “Twenty minutes after [meeting with the network] Chuck called and said, ‘You’ve got the job.'” And the rest is history.

Can you imagine a version of The Big Bang Theory without Cuoco as Penny? Watch a leaked clip from the unaired 2006 pilot featuring Walsh as Katie, then sound off in Comments.