Magnum P.I. has added a new (yet familiar!) face as it moves into its new home on NBC.

TVLine has learned exclusively that Michael Rady (Chicago Med, Timeless) will recur during Season 5 of the island drama as Detective Chris Childs of the Honolulu PD. He will make his debut in the Season 5 premiere (date TBD).

What Night Will Magnum P.I. Air on NBC? 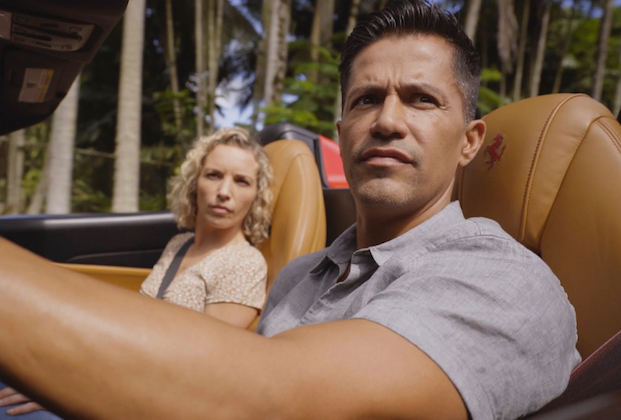 In addition to Timeless and his run as Chicago Med‘s Dr. Matt Cooper, Rady’s TV credits also include Swingtown, Greek, Melrose Place (The CW edition), The Mentalist, Emily Owens. M.D., Jane the Virgin, UnREAL and many a Hallmark Channel movie.

After Magnum P.I. was unceremoniously cancelled at CBS, NBC this past July rode to the rescue and ordered 20 episodes to be split over two seasons (the series’ fifth and sixth) — and with an option for more, in success.

Of course, for many loyal viewers, the cry is, “But when will Magnum return?!”

Filming on Season 5 only began in mid-September, and NBC’s fall slate is quite set/already underway. So Magnum P.I. realistically won’t crack its next case until midseason, January at the earliest.

Magnum‘s final CBS run averaged 7.3 million total viewers and a 0.7 demo rating (including Live+7 playback), down just a tick from its Season 3 tallies (7.5 mil/0.8). Out of the 14 dramas that CBS aired last season, it ranked No. 9 in both measures. On NBC, however, that audience of 7.3 million would have ranked fifth among all dramas last season, trailing #OneChicago and La Brea but besting all of the Law & Orders and others.

Want scoop on Magnum P.I. Season 5, or for any other show? Email InsideLine@tvline.com and your question may be answered via Matt’s Inside Line.