NBC’s La Brea opened Season 2 this week by unleashing fresh drama in the form of, yes, a new tribe of jackholes and a pair of warring rhinos. But it also caught viewers off-guard with a personal predicament for Izzy Harris, who is an amputee.

La Brea Is Back, and We Have Questions! 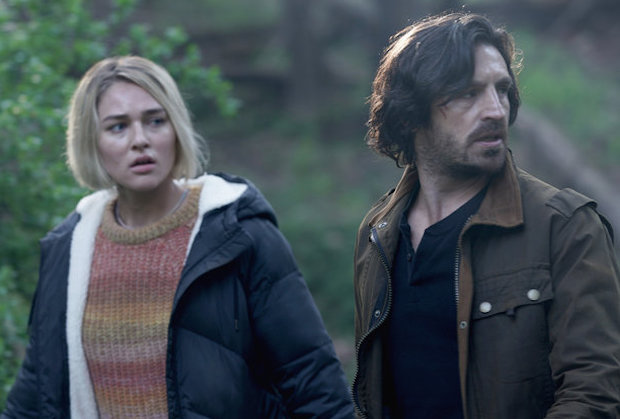 In the course of hoofing it from (what she, Gavin and Ella thought was) Seattle circa 10,000 B.C. to Los Angeles, Calif., Izzy lost her footing, and in doing so accidentally put enough pressure on her left leg prosthetic to make the socket crack.

Izzy at first tried to conceal her compromised state, but ultimately came clean with her dad and Ella, after which they reinforced the limb with some tied fabric.

Amid such higher-concept forms of dramatic tension on the timey-wimey sci-fi series, it was a random, human twist that perhaps no viewer saw coming.

Izzy busting her prosthetic in an era where fiberglass and carbon fiber composites are many millennia from existing “was an idea in the writers’ room,” showrunner David Appelbaum tells TVLine, “but we certainly consulted with Zyra about how it would play out.” 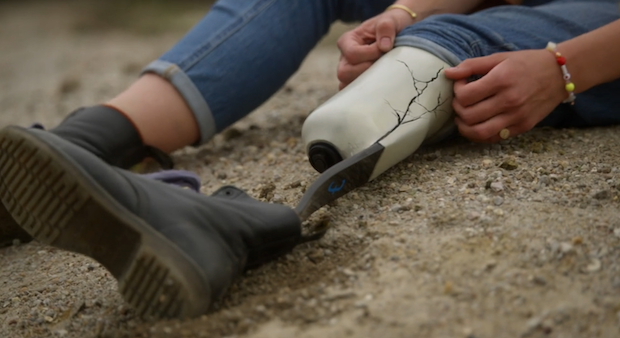 Zyra of course is cast member Zyra Gorecki, who since age 13 has lived with a limb difference.

Offering her own POV on the very personalized plot twist, Gorecki told TVLine, “It was really weird just thinking about, like, being in 10,000 B.C. and having a fake leg and all of the garbage that goes with it. But David was really awesome about asking exactly what would happen if that were the case, if something did happen to your leg in 10,000 B.C.”

Discussing Gorecki’s casting, Appelbaum recently said that it was “always part of the story that [Izzy] is an amputee, and it was always important to us that we find an actor who was an amputee. We conducted a really big search when we were initially doing the pilot, and we were so lucky to find Zyra. She has this great charisma … and immediately inhabited the role.

“She has grown so much through the series and into Season 2,” the EP added, “it’s exciting to see what she’s doing with it now.”

Though Izzy’s prosthetic got that short-term patch job — and even though she, Gavin and Ella went on to discover that they didn’t have a walloping 900-mile trek ahead of them (since they somehow landed but a day’s walk from the clearing Eve & Co. call home!) — Gorecki says that “both physically and emotionally, Izzy is having a very difficult time” since leaping into that Seattle sinkhole.

“That’s a very long walk with two completely-there legs, let alone one leg and a dad who’s got a lot of issues, you know?” the actress noted with a laugh. “She’s going through it.”

Want scoop on La Brea Season 2, or for any other show? Email InsideLine@tvline.com and your question may be answered via Matt’s Inside Line.