At least Justine Brennan won’t have to spend the rest of her days in Fiji dodging spiders.

In Wednesday’s episode of Survivor, Vesi struggled through a monstrous storm and an even scarier challenge, as a 400-pound snake and a difficult logo puzzle sent the red tribe straight to Tribal Council. But after a beaded Beware Advantage fiasco and losing the trust of a supposed ally, Justine couldn’t survive the night and was sent packing in a 3-1-1 vote. (Read a full recap here.)

Below, she talks to TVLine about the split-vote plan that never happened, surviving that torrential weather and why trusting Jesse ultimately led to her downfall.

TVLINE | Hopefully you’re conducting your interviews this morning from an extremely spider-free location.
JUSTINE BRENNAN | [Laughs] Yes, there are no spiders in my apartment here in Marina Del Rey, [Calif.] which is a godsend!

TVLINE | There’s so much to talk about, but let’s start with the beads: Would you ever have guessed that those tiny little beads were tied to an advantage, and when did you learn the truth about that?
I had no idea and I didn’t learn the truth about that until I was in Ponderosa and more people got voted out. So news got back to me that yes, that’s how the idol works this season. Of course I was just like, “Yeah, take mine! I don’t care.” Oops! 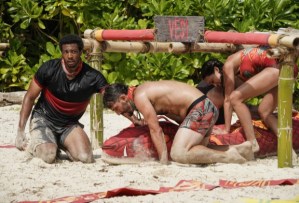 TVLINE | What was the thinking behind the split voting?
Something you don’t really see in the edit is that Jesse was very much playing both sides. So what you see is he’s pretty much in an alliance with Cody and Nneka, but he was also coming up to Noelle and I and actively strategizing and volunteering information about what Cody and Nneka were saying about us behind our backs. So much so that we fully trusted him by the end of Day 4, going into Day 5. We trusted him. We thought we were good with Jesse.

The thinking behind splitting the votes: Jessie made us feel so comfortable that he was with us going into Tribal. We were so confident that Nneka knew that she was on the chopping block that we were like, “OK, we want to have a plan in place for if Nneka plays her Shot in the Dark and there’s some chance that she actually is safe.” And so with Dwight not having a vote, if Nneka were to play her Shot in the Dark, she wouldn’t have a vote either meaning that would leave me, Jesse, Noelle and Cody voting. We wanted to cast enough votes where it would have been a tie between Cody and me if Nneka played her Shot in the Dark. That would’ve gone to a revote, in which case Jesse would’ve been with us, and Cody would be going home. 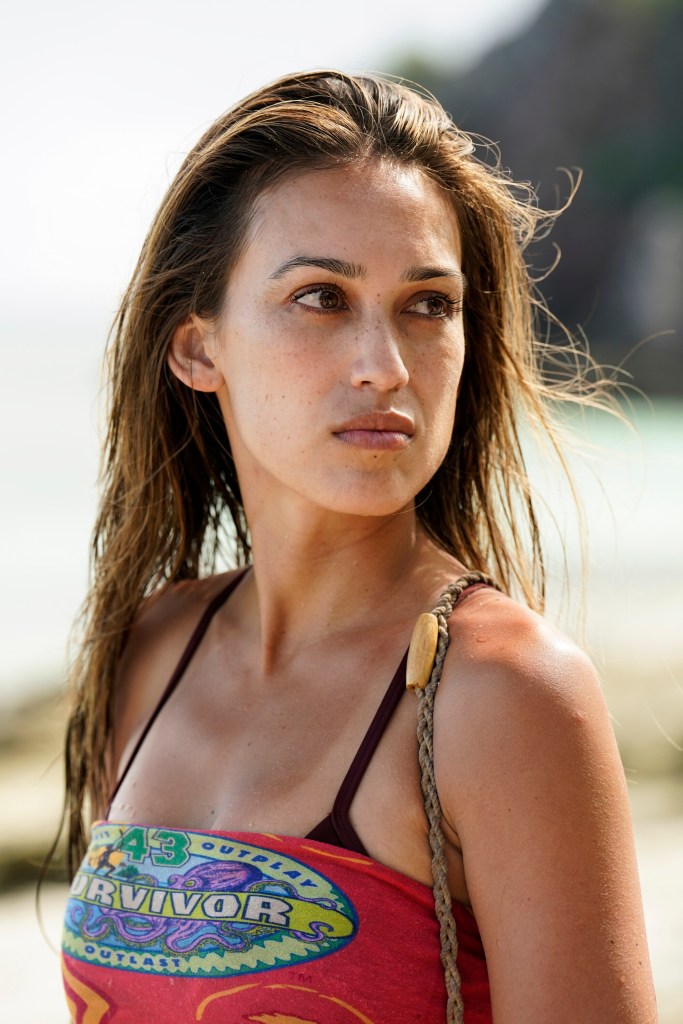 TVLINE | We saw you tell Jesse that you’re a good liar, and then you later hinted at the fact that you might not trust him 100 percent? Do you wish you handled those conversations differently?
The first one was completely innocent. That was one of those times where Jesse was coming up and volunteering information to me. He was saying, “Cody and Nneka are confused about why you’re feeling so comfortable. They think you should be a little more paranoid by now,” so he was actively strategizing with me. He was like, “I think that I should go back and tell them X-Y-Z.” And so that was a completely taken out of context comment, really.

But when you see me going up to Jesse and Dwight and I’m like “So, what’s the deal here?” yeah, I could have handled that differently. And to be fair, I think Jesse had made up his mind. He was already voting with Cody and Nneka at that point, so it didn’t really hurt me any more than it would have. Maybe it was the nail in the coffin for him that he was making the right decision. But he had already made his mind up that he was voting against me at that point. What can you do?

TVLINE | Tell me everything about surviving that storm! It looked pretty bad.
I’m glad you brought that up because I’m so bummed they didn’t show the Vesi camp! I think that Vesi and Baka had it the worst. I don’t think Coco had a terrible storm and if they did, I don’t think it was as bad. But that was a good four or five hours of it just dumping rain on us. And you saw our shelter… it collapsed. We had to rebuild it, I kid you not, like three or four times. We had to relocate it and everything. We didn’t have a proper roof that night so we were literally sitting there just huddled up. I was doing my best to put my bag in between my legs and shield myself with my jacket over my head so the water would cascade off of me. I wanted to keep as much of my bag and my clothes as dry as possible because that’s something you don’t really see when you’re watching as a fan. You don’t realize that when it dumps like that, all of your clothes are wet and you’re just soaking. You’re not dry until the sun comes out and shines for a good couple of hours. And I guess you could see that on Gabler’s foot and when the guys at Baka were resting their swollen, pruny feet by the fire. But it was brutal, and they didn’t show any of Vesi during that. We went through that storm too! 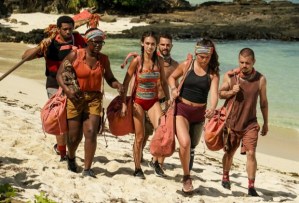 TVLINE | That challenge looked extremely difficult! What went wrong for Vesi there?
It breaks my heart to watch it played back because I didn’t realize that there was a point where we were ahead of Baka and Coco bringing that snake over the wall. That was extremely difficult. I know they’ve had that challenge before in past seasons, but I want to say that they had tribes of 10 when they were doing that. So there were more people lifting the snake out of the water, but that was, I forget, like a 400- or 500-pound snake. And on top of that, it had this tarp wrapped around all of it, so that adds extra weight to it. It was brutal.

It sucks because it’s those challenges that perpetuate the need to keep that stronger tribe. And I’m guilty of that, too. Last night, I was fighting to vote out Nneka to keep our tribes strong. It sucks because women don’t have the same odds in this game. So to have to feel like you need to vote out another female sucks, and that obviously means that the guys on your team are kept for physical strength. So challenges like that, I’m not a huge fan of. Survivor can easily make an entire season with non-strength related challenges, but it’s stuff like that where it’s just like “Yeah, so obviously we have to vote out the women and keep guys in.” That might be a testament to why you see me and Morriah out. And I think that tribes of six kind of encourage the voting out of women too.

TVLINE | Cody seems like a character! What was it like living with him on a daily basis?
The first time I heard his voice, I was so confused. Like, what is that accent? [Laughs] But I understand why they casted him. He is pretty much reality TV gold. He is hilarious to watch on TV, and that’s exactly how he was in person. Cody is who he is. None of that is acting. That’s just how he is as a person. I knew that I was a target for him and Nneka the entire time, but I still found him amusing. I was never mean to Cody out there. I was nice enough to not only give him my beads, but also compliment his hat right before he crucified me. But he’s a character. That’s the best way of saying it. He’s a character.

TVLINE | If you could change one thing about how you played or what went down prior to your exit, what would that be?
It would be to trust my gut. I think the start of my downfall was when Dwight risked his vote and then lost it. At that point, Dwight was in our circle of trust. Dwight was with me and Noelle. We had three votes up until that point. It’s hard to say what would have happened if he hadn’t risked his vote, but I would have trusted my gut, which meant not trusting Jesse. I would have played my Shot in the Dark if I had known that I was on the bottom and about to get cut. But yeah, there are a lot of different moving parts where I would have done something different, but I try not to think about that.

TVLINE | So you had zero inclination that it might be you, and that maybe you should use your Shot?
No! I totally thought Jesse was with us. And you can even see that in the reaction of Noelle, who was just like, mouth open, shocked because we thought we could trust him. And then you see Dwight turn to Jesse and he’s like, “You did it?” because he thought that he could trust Jesse. So I had no idea! If I had known that I was on the chopping block, I absolutely would have played my Shot in the Dark, but I’m not going to lie, it’s kind of cool having it now as a souvenir, so whatever. [Laughs]