The Grifter, the Hitter, the Hacker, the Thief, the Fixer and the Maker are on their way back to your screens.

TVLine can exclusively report that Season 2 of Leverage: Redemption will get underway on Wednesday, Nov. 16, with the release of its first three episodes on Freevee (fka IMDb TV, Amazon’s free streaming hub).

The heist drama’s 13-episode season will then roll out a new episode each Wednesday, building to the season finale on Jan. 25, 2023. (The first season of Leverage: Redemption, meanwhile, is also available on demand and as a FAST channel on Amazon Freevee.)

Oh, and we have a first look at the Season 2 trailer (above), and the new poster (below, and as a vertical here). 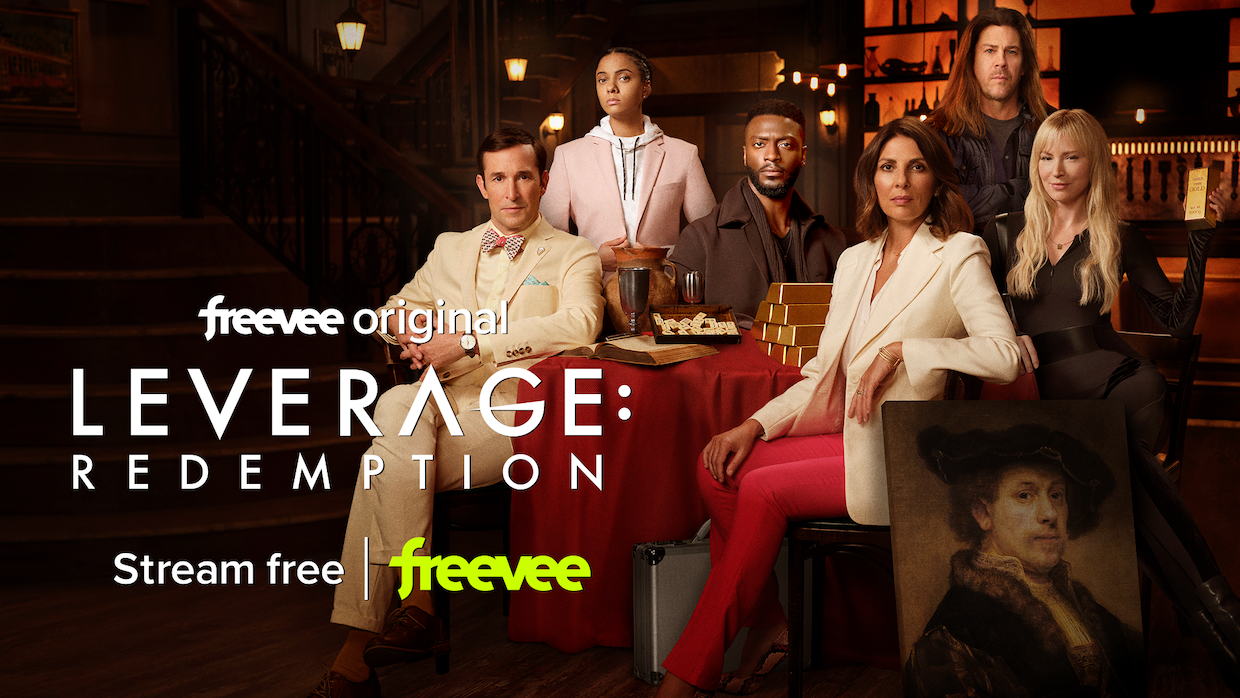 In Season 2, the Leverage team’s (admittedly criminal) skills are put to the test by everything from a husband-and-wife team running a multi-level marketing scam and a shipping magnate dumping boatloads of plastic waste, to a music producer who abuses his position over vulnerable women.

This season will also see an old friend of Sophie’s unexpectedly come out of the woodwork, making her question her choices….

Kate Rorick and Dean Devlin serve as co-showrunners and executive-produce alongside Marc Roskin and Rachel Olschan-Wilson, while John Rogers and Chris Downey are consulting producers.