No sooner had Tuesday’s episode of The Voice resolved its unfinished business from Monday night — Kate Kalvach ultimately chose to join Team Blake Shelton — than it barreled full-steam ahead with the Blind Auditions. As it did, we were introduced to a mariachi singer who made music to new coach Camila Cabello’s ears, a contestant whose voice is as interesting as his unique name and a teenage dream that Blake Shelton was so excited to have recruited, he called this “the greatest day of my Voice coaching life.” Read on, and we’ll discuss ’em all. 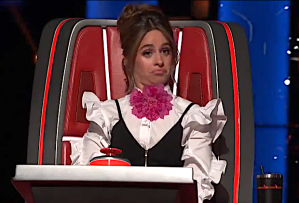 Reina Ley (Team Camila), “Cielito Lindo” — Grade: A | This cute-as-a-button 13-year-old mariachi singer would’ve stood tall even if she hadn’t been teetering on heels for the first time. She’s got a voice that doesn’t quit and a tone that quickly starts you thinking, “Hey, kinda Linda Ronstadt-y.” I couldn’t believe that she only got two chair turns — well, plus that priceless Camila reaction (pictured). 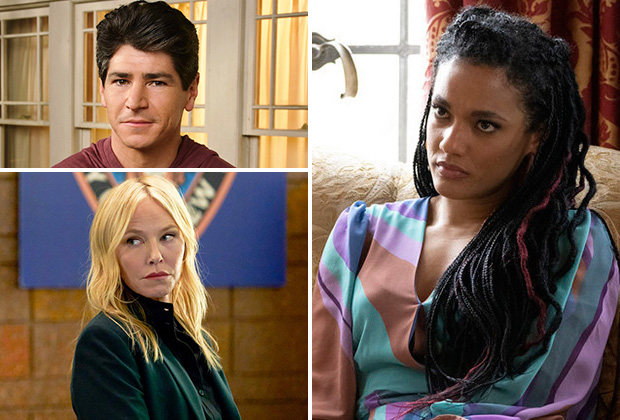 Bryce Leatherwood (Team Blake), “Goodbye Time” — Grade: C+ | This 22-year-old granddaddy’s boy bravely took on his eventual coach’s version of the Conway Twitty classic and got Gwen declaring, “That’s a pretty voice!” from the start. Me, I thought he was fine-omenal, not phe-nomenal. It also seemed telling that the coaches discussed his very country name and personality as much or more than his vocal.

Alyssa Witrado (Team Gwen), “Don’t Speak” — Grade: D | This 19-year-old Californian, who used music to get her through her parents’ divorce, so thrilled Gwen by covering No Doubt that Camila turned around almost immediately to beat her to the punch. But both coaches had to have kinda regretted their quick swivels when they heard how pitchy and sloppy the performance wound up being. 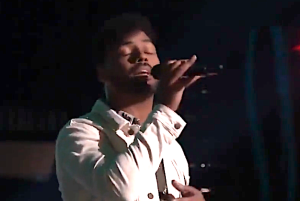 Devix (Team Camila), “Heat Waves” — Grade: B | This one was sneaky. At first, Devix sang so breathily, it was like, “Hmm. Is there anything there?” But that turned out to be his trick. He kept building up his vocal, rising with the song in intensity, until it was less like “Is there anything there?” than “Whoa, OK, there is something there,” a voice that might just be as strong as it is smooth. TBD but promising.

Chello (Team Camila), “Just the Two of Us” — Grade: C- | This aspiring songwriter/producer is as adorkable and funny as they come. (Throw in his two besties, and he’s a sitcom waiting to happen.) So I was really bummed that his audition fell as flat as a pancake that’s been run over. Maybe twice. He could grow on me, but first impression: His personality is a lot more winning than his singing. 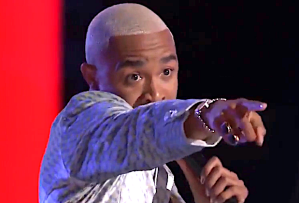 Kevin Hawkins (Team Blake), “Isn’t She Lovely” — Grade: B | This Dallas middle-school piano teacher earned a four-chair turn (and inspired Gwen to block John) with his Stevie Wonder cover. And at first, it was easy to hear why: His opening notes were total showstoppers. But as he went on, his performance felt less “OMG” than “Oh… OK.” He definitely has chops, though. Maybe he just needs a bigger song to make a bigger impact?

Sadie Bass (Team Gwen), “Stupid Boy” — Grade: B | Though prone to stage fright, this 25-year-old country girl managed to scare up two chair turns with her rendition of Keith Urban’s hit. It wasn’t the kinda performance that was going to leave your jaw on the floor, but it was solid and demonstrated that she has both a lovely lilt and some real oomph behind it. 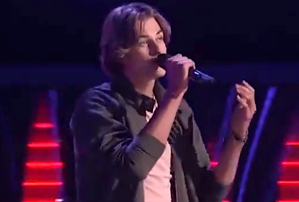 Brayden Lape (Team Blake), “This Town” — Grade: C | This 6’4” teen was a little mumbly and unpolished. But his tone really was lovely and warm. It’ll be interesting to see whether the one-chair turn’s coach can teach him enough fast enough to get him past the Battles. Blake called the day that he recruited Brayden the best one in his Voice coaching career. But it doesn’t seem super promising that Camila had to talk him into swiveling or that he seemed more excited by Brayden’s athletic endeavors than his musical ones.

Peyton Aldridge (Team Legend), “Can’t You” — Grade: A- | This 25-year-old sweetheart hit the stage spitting tacks. He just has one of those fantastic voices that makes it sound like he gargles with Brillo pads every morning. Which I mean as a compliment! Easy to imagine the three-chair turn (who inspired John to use his Block on Blake) developing into this season’s Todd Tilghman.

So, which singer really wowed you on Tuesday? Vote in the poll below, then hit the comments with your reviews.