The following contains major spoilers from the Season 6 premiere of SEAL Team, now streaming on Paramount+.

Those who thought SEAL Team‘s Season 6 premiere would simply be about the aftermath of the season-ending Mali ambush realized soon enough that there was much more nail-biting to be done before that literal smoke cleared.

The season opener’s breakneck first 15 minutes continued the merciless attack on Bravo Team, which was already down a man given the injury sustained by Clay, who — to put it lightly — had his right foot nearly blown completely off by an enemy RPG.

I mean, yes, said foot was dangling by a thread, and Clay, bless him, did his best to reset his hugely fractured leg with a makeshift splint. Heck, he even then leaped back into the firefight, launching a grenade or two and using his sidearm to fell one bogey!

Jason meanwhile sneaked around the side of the canyon and came up behind some of the combatants, taking them out and then using one guy’s RPG to further deplete their ranks. Bravo 1 then used a pen laser to demark an arriving enemy convoy for HAVOC to take out with their lone available missile strike.

Bravo was transported to the same Germany hospital that tended to them after an addled Jason made a lives-costing call in Season 5. In fact, Jay had a run-in with/shrugged off the same doctor who back then urged him to have his TBI looked into, Trident be damned.

For Clay, meanwhile, it was very touch-and-go for the rest of the hour, as he had suffered internal injuries/bleeding including the possible loss of his spleen, plus the aforementioned leg wound, which was at risk of infection (in part because when in the field he vomited up his antibiotic). 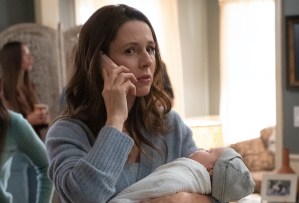 Stateside, Lisa apprised a distraught Stella of Clay’s initial injuries/condition. But at episode’s end, Jason arrived with Mandy to relay the latest from Sonny, who had stayed behind at Christie Brink-clay’s side: Clay’s right leg, due to infection, had to be amputated below the knee.

Because even though Clay had already decided to leave Bravo for a bit and focus on Stella and their newborn son Brian, “We’ll see the struggles of somebody who’s coping with losing the best job and life they ever wanted, at a young age,” and who now can only “look back and watch as his teammates continue on without him. 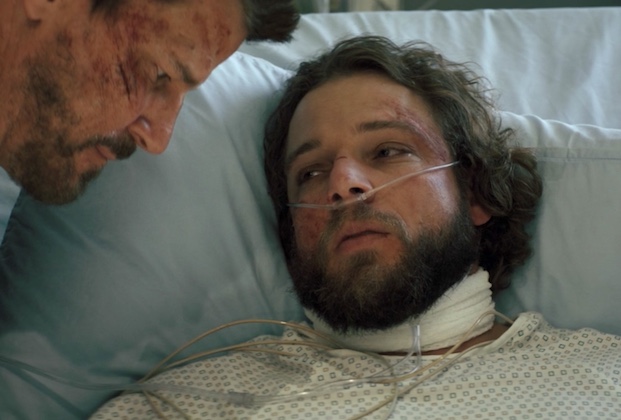 Given that Thieriot is now the lead of one of CBS’ new fall dramas, Fire Country (airing Fridays at 9/8c starting Oct. 7), he did not take for granted Clay’s fate perhaps being even more dire. “Clay’s death, I think for everybody, has always been on the table,” he ventures. “The same can be said for probably almost every character on the show.”

Clay, though, instead lives to see another day — albeit the first of many arduous ones — while Thieriot himself juggles series regular status on both high-octane dramas. (Oh, he’s also an executive producer on Fire Country, which is based on where he grew up in Northern California, and for which he co-wrote the premiere.)