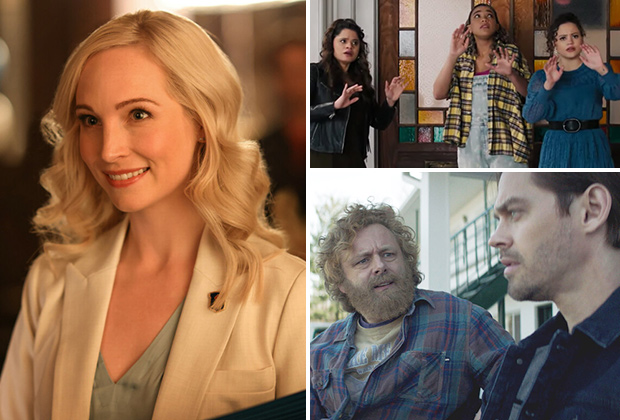 Chad L. Coleman, who previously tangled with Oliver Queen as Tobias Church and as of late has played The Orville‘s Klyden, is joining the cast of Superman & Lois‘ upcoming third season as infamous DC baddie Bruno Mannheim, TVLine has confirmed.

“Bruno Mannheim is known to most of Metropolis as a local hero, a philanthropist who’s revived the struggling neighborhoods of the city,” according to his official description. “For years, Lois Lane has worked to prove that behind that facade is a career criminal and the head of the notorious organization Intergang. With some new leads, she might be closer than ever.”

News of Coleman’s casting was first revealed by David Ramsey during a Sept. 3 panel at DragonCon, but his role as Bruno Mannheim wasn’t confirmed until now.

“We knew we wanted to have our version of Intergang in this show, and we originally thought it would happen sooner than Season 3,” Superman & Lois showrunner Todd Helbing told TVLine in June. “Like all of the villains in the Superman mythos, we want to keep doing what we’ve been doing, which is to take a classic villain and reinvent them as best we can, to make them compelling and grounded and tie them into [the show].”

In addition to The Orville, Coleman’s TV resume also includes memorable roles on The Expanse, All American, It’s Always Sunny in Philadelphia and The Wire.

Coleman is the second piece of major Superman & Lois casting to come out in recent weeks. It was also confirmed that Australian actor Michael Bishop will take over the role of Jonathan Kent, following Jordan Elsass’ unexpected decision not to return for Season 3.

Superman & Lois returns to The CW midseason. Your thoughts on the new Big Bad? Drop ’em in a comment below.