Squid Game‘s Lee Jung-jae hit the jackpot at Monday’s Emmy Awards, winning Outstanding Lead Actor in a Drama Series for his work in Netflix’s South Korean smash. Jung-jae makes history as the first actor in a non-English series to win in the category. 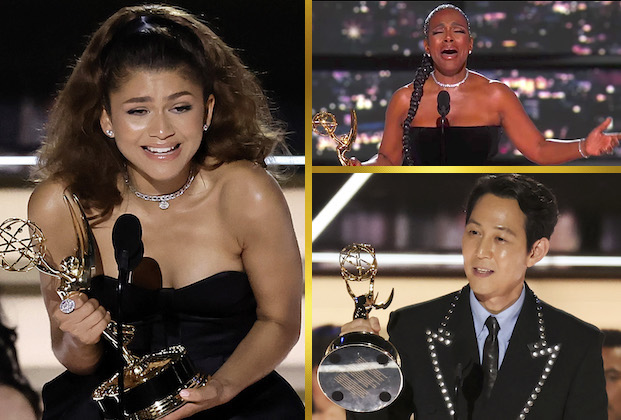 In TVLine’s Dream Emmy blurb for Jung-jae, we wrote, “It speaks volumes about Lee’s work that those braving Netflix’s South Korean survival drama come to give a fig about Seong Gi-hun, a sad-sack chauffeur whose aptitude as a divorced dad is only dwarfed by his ability to hold onto a buck. Gi-hun is the king of bad choices. Yet once he is pulled into the titular and deadly spectacle, a greater survival instinct starts kicking in and Lee compels us to track his character’s evolution, as well as his distinct dynamics with onetime chum Sang-woo, the quietly savvy Sae-byeok, the gangster Deok-su and, most intricately, Il-nam aka Old Man.”

In a TVLine poll ahead of Monday’s primetime ceremony, in which we asked readers’ which nominees they would most like to see win, Jung-jae placed third behind Odenkirk and Bateman.