First things first: This show has the wrong title. It should really be called Revival, not Reboot, since the titular TV show is bringing back its original cast in a continuation of the original series. OK, now that we’ve gotten that nitpick out of the way… Reboot is actually really good! The new Hulu sitcom that parodies sitcoms — debuting Tuesday, Sept. 20; I’ve seen the first four episodes — is one of the year’s funniest new comedies, gleefully skewering the television industry with razor-sharp barbs that approach the lofty heights of The Comeback and BoJack Horseman. If you watch as much TV as I do, you’ll laugh… a lot. 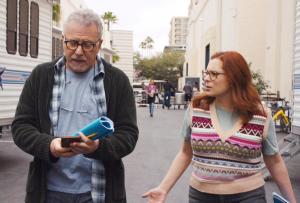 Rachel Bloom — and it’s so great to see her on TV again after she shined so brightly on Crazy Ex-Girlfriend — stars as up-and-coming writer Hannah, who’s riding high after making a buzzy Sundance indie with a name I can’t print here. She decides she wants to bring back the cheesy, TGIF-style family sitcom Step Right Up with the original cast, but she wants to put a modern, edgy spin on it. (“Let’s remake something original!” an executive declares.) The sitcom’s stars, though, are all in pretty bad shape these days, and they haven’t spoken in years. But they reluctantly agree to reunite, with the new project reigniting old feuds… and flames.

Reboot hails from Modern Family co-creator Steven Levitan, who’s been writing sitcoms since the days of Wings (really) and uses this series to exorcise decades worth of demons. He finds plenty to poke fun at here, from vain actors to lazy writers to clueless network suits to “comedies” that aren’t actually funny. (“It’s both the funniest thing you’ve ever read, and you won’t laugh once,” one actor raves about Hannah’s new take on Step Right Up.) The scripts are peppered with quotable one-liners and sly meta nods that are laugh-out-loud funny — you will actually laugh watching this comedy! — and they also manage to sneak in a few moments of genuine emotion along the way, too. 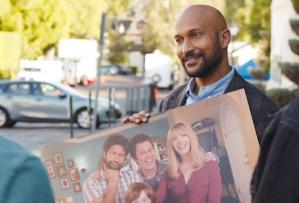 Plus, Levitan has assembled an all-star cast of veteran comedians, so it’s a lot of fun just watching them bounce off each other. Keegan-Michael Key plays pretentious Yale-trained actor Reed, who ditched the original series for more challenging roles. (His most recent acting gig was a voice in a hemorrhoid ad, for the record.) Judy Greer plays sitcom mom Bree, who is not ready to be a sitcom grandma, and Calum Worthy, from American Vandal, is hilarious as grown-up child star Zack, who’s brimming with awkward enthusiasm. But the best dynamic here is between Paul Reiser’s hacky sitcom writer Gordon, who created the original Step Right Up, and Bloom’s Hannah, the impatient young upstart. They have a great combative energy on screen together, and there’s a surprising amount of nuance here, too: Gordon could’ve easily been painted as an out-of-touch buffoon, but they both get to score points in the generation-gap battle as they fight to make a TV show they can both live with.

If Reboot does stumble in places, it’s when it tries to get too traditionally sitcommy. Some jokes are a touch too broad, like they’re waiting for a laugh track to kick in, and the peppy ABC sitcom music cues don’t quite fit the tone. (Jackass‘ Johnny Knoxville, as aging bad-boy actor Clay, is fine, but he doesn’t have the comedy chops to keep up with the rest of the cast.) It never goes as hard or gets as dark as, say, BoJack did… but that’s not necessarily a bad thing, either. The lighter touch makes it an easier watch, and it does deliver more laughs per minute than most anything out there these days. A TV comedy that’s actually funny — what will they think of next?

THE TVLINE BOTTOM LINE: Hulu’s Reboot is a razor-sharp satire of the TV industry, boasting an all-star comedy cast and plenty of meta laughs.