The cold may not bother Elsa, but sudden power outages? That’s a different story.

TVLine has an exclusive first look at Wednesday’s season finale High School Musical: The Musical: The Series, which finds Kourtney taking center stage for her highly anticipated performance of “Let It Go.”

With her friends proudly watching from the wings, Dara Renee‘s character shines in the spotlight as she prepares to melt the faces of absolutely everyone at Camp Shallow Lake with the iconic ballad.

Unfortunately, that spotlight soon goes away, along with the rest of the electricity in the theater — and it’s no accident. But who could possibly be behind this diabolical act? You’ll have to check out the clip to find out.

And before you shed too many tears about Season 3 coming to an end, remember that the Disney+ comedy has already been renewed for a fourth season, which will reunite fans with several familiar faces as the show returns to the hallowed halls of East High.

Hit PLAY on the video above for an exclusive first look at Kourtney as Elsa, then scroll down for additional first-look photos. While you’re there, drop a comment with your thoughts on High School Musical‘s third season so far. 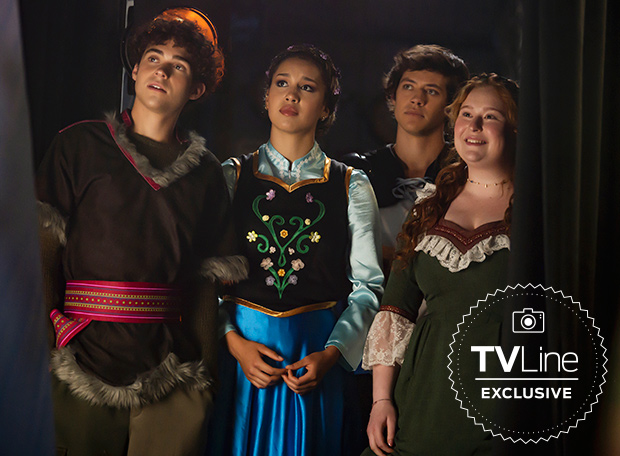 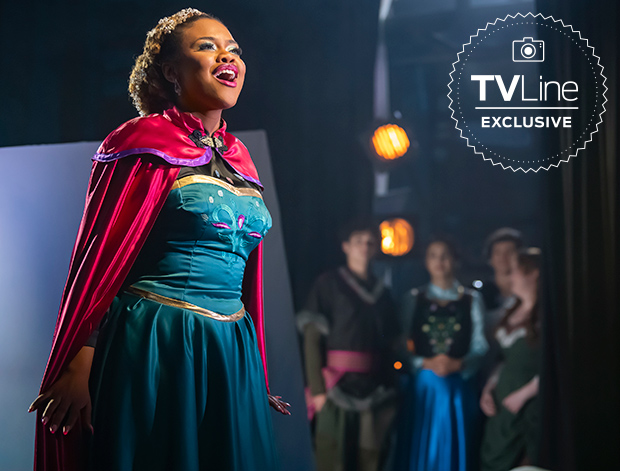 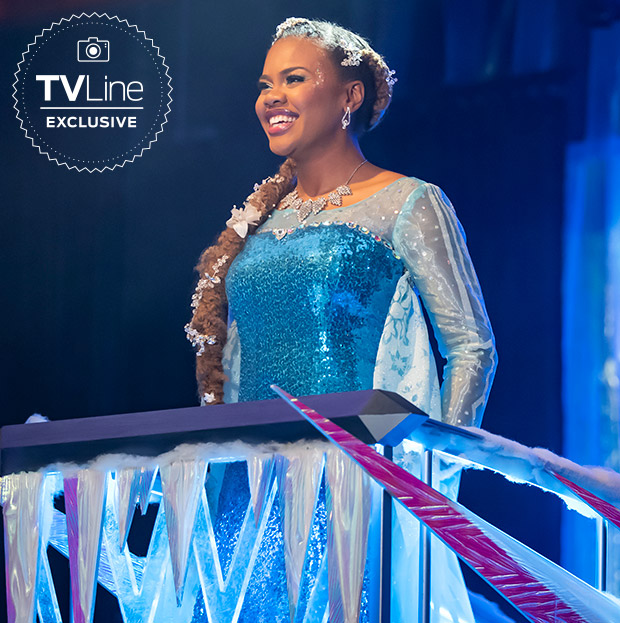