Bad news for Netflix subscribers who keep The Vampire Diaries playing on a loop.

The long-running supernatural drama, which originally aired on The CW from 2009 to 2017, is no longer on the service. As of Sunday, Sept. 4, 2022, all eight seasons (and 171 episodes) are available on HBO Max and Peacock (sign up here).

The Vampire Diaries first was added to Netflix in 2011, as part of an output deal between Netflix and The CW that saw full seasons of CW series made available on Netflix eight days after their season finales. But in 2019, The CW’s parent companies, then WarnerMedia and ViacomCBS, opted not to renew the deal and instead save their original series to bulk up their respective streaming services, HBO Max and Paramount+. 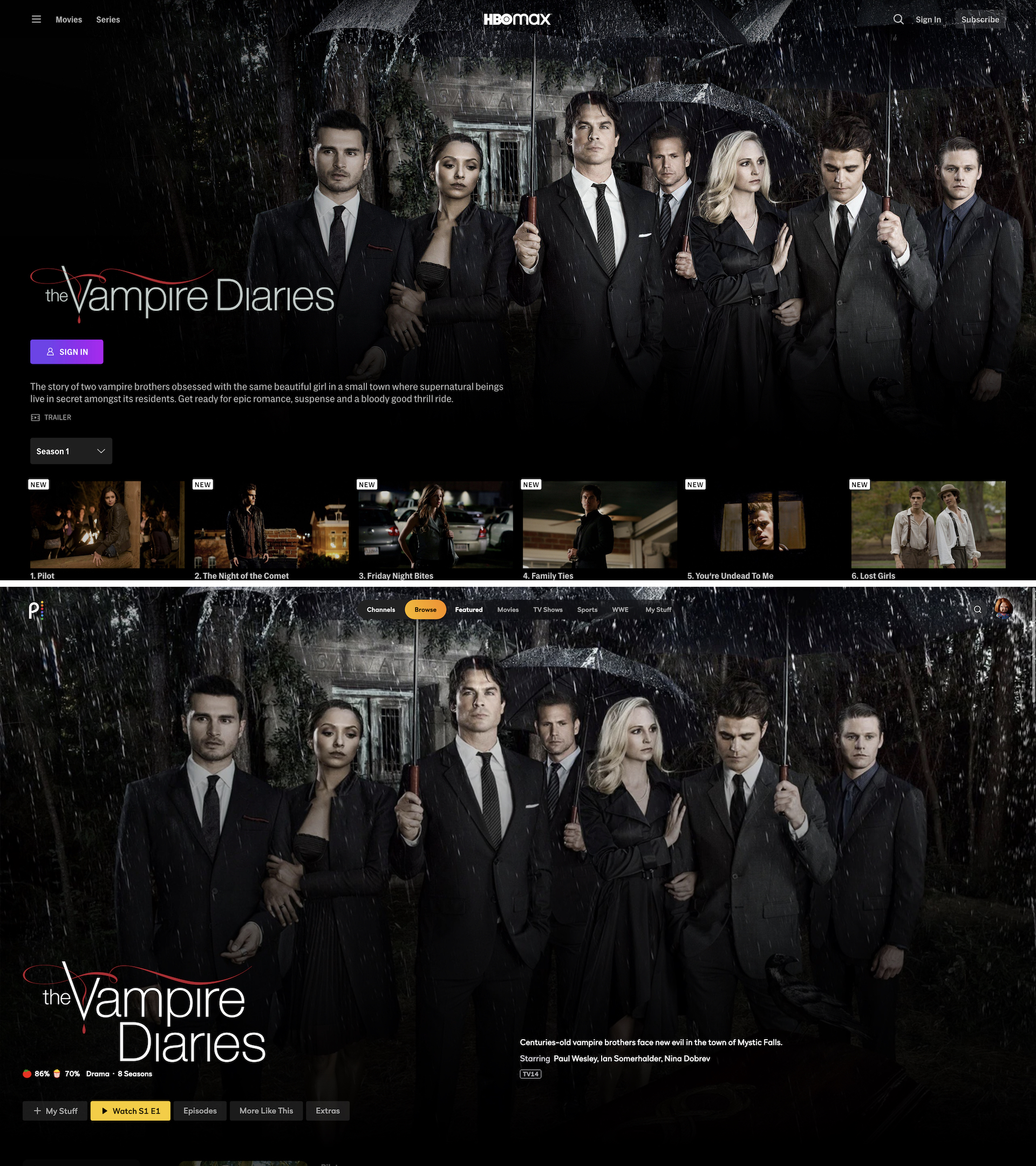 Per What’s on Netflix, the terms of the output deal required that each CW show licensed to Netflix remain exclusive to Netflix for five years after their final seasons were added to the service — and The Vampire Diaries‘ move to HBO Max (and Peacock) comes a little more than five years after its 2017 series finale.

(If you buy something through our retail links, TVLine may earn a commission.)