All bets are off when Lucy and Tim hit Sin City, as seen in our exclusive first photo from Season 5 of ABC’s The Rookie. 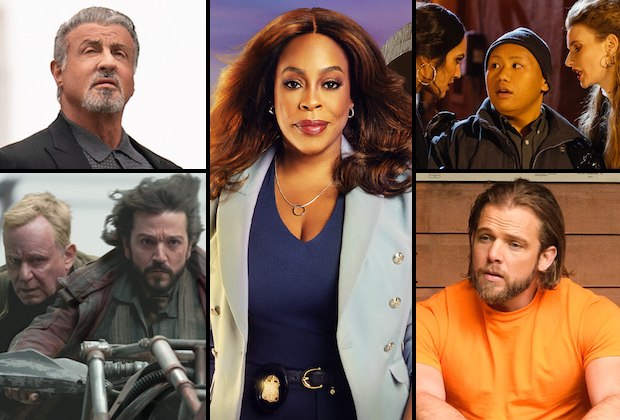 When last we tuned into the light procedural from showrunner Alexi Hawley, Sergeant Bradford (played by Eric Winter) had been sent undercover as a drug dealer named Jake, who he happened to look a lot like (save for some prominent tattoos). Later in that Season 4 finale, after the team laid eyes on Jake’s girlfriend, it was decided that Officer Chen (Melissa O’Neil) could/would pass herself off as (ahem) Juicy.

That led to a private “prep” session where the two did a dry run of any possible PDA that might be needed to sell the lie. Dissatisfied with Tim’s tepid peck, Lucy pulled her former TO into a far more convincing, lingering liplock.

As seen in the exclusive photo below, the undercover assignment is at risk of hitting a snag when a casino staffer “recognizes” Tim. But Lucy seems to have the would-be problem… handled. 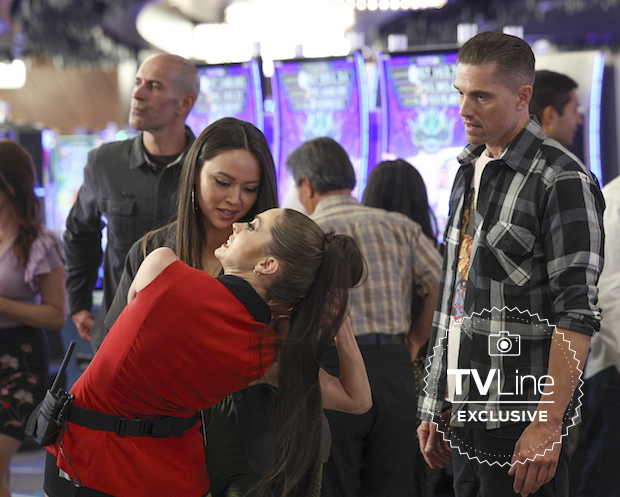 On the casting front for The Rookie Season 5, Legends of Tomorrow alum Lisseth Chavez will guest-star in multiple episodes as Celina, a new rookie with an easy confidence and high marks at the Academy, while Tru Valentino, who joined the series last season as Officer Aaron Thorsen, has been upped to series regular.