Less than two weeks after HBO debuted its Game of Thrones prequel House of the Dragon, Amazon is unveiling its own rabidly anticipated fantasy epic: The Lord of the Rings: The Rings of Power, a massive undertaking nearly four years in the making, with the streamer reportedly committing more than a billion dollars (!) to the series before it even premieres. It’s undeniably a huge swing, but after seeing the first two episodes, I have to say: It connects.

Rings of Power (debuting this Thursday at 9/8c; sign up now for Prime Video) is not just good, it’s great: a gorgeously immersive and grandly ambitious spectacle packed with stunning imagery and compelling plot threads. Most importantly, it captures the same sense of awe we felt while watching the Lord of the Rings movies — one we don’t often get to experience on the small screen. 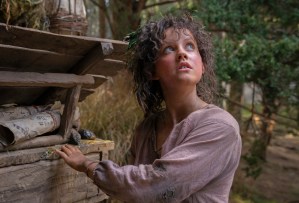 Now I did see and enjoy those Peter Jackson movies, but I haven’t read any of the original J.R.R. Tolkien books, and at certain points while watching Rings of Power, I felt like I needed a cheat sheet to sort out all the new characters. Even if you can’t spell their names, though, their innate humanity still shines through. (Plus, the series helps us out by pointing out each scene’s setting on a giant scrolling map of Middle-earth, introducing us to the various lands and inhabitants.) There’s no Gandalf and no Frodo here — though there are Harfoots, a primitive form of proto-Hobbits — and no rings, at least not yet. But we do get to see younger versions of elf heroes Galadriel and Elrond from Lord of the Rings… because elves are immortal, you know.

Set thousands of years before The Lord of the Rings, during Tolkien’s Second Age, Rings of Power begins with the elves locked in a brutal war with Sauron’s orcs that’s lasted for centuries. Galadriel (His Dark Materials‘ Morfydd Clark) is a fierce warrior elf who is determined to avenge her beloved brother Finrod’s death on the battlefield. Even after the war ends and everyone else thinks Sauron is soundly defeated, she won’t give up, fanatically intent on stamping out every last trace of evil in the realm once and for all. Along the way, we meet jovial dwarves and curious Harfoots, along with a forbidden human-elf romance that generates serious heat. (Some parts of this do feel familiar: A wide-eyed young Harfoot named Nori, played winningly by Markella Kavenagh, yearns for adventure just like Frodo did, and she even looks like she could be Elijah Wood’s long-lost cousin.)

SIGN UP FOR PRIME VIDEO to watch The Boys, A League of Their Own, Lord of the Rings: Rings of Power, Mrs. Maisel and more 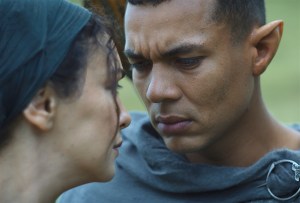 The cast is mostly made up of little-known actors — though I did recognize alums from Homeland and Game of Thrones — but that just helps make the series all the more immersive, like we’re meeting them here for the first time. And all the money Amazon spent is certainly up there on the screen: Rings of Power delivers eye-popping fight scenes like a bloody tangle with an ice troll, an encounter with a terrifying sea beast known as The Worm and a harrowing orc fight that plays like a zombie attack from The Walking Dead. But it also wows us with visuals of great beauty, from impossibly green valleys to towering ice walls to glittering elf cities. The sweeping, ethereal musical score from Bear McCreary adds to the sense of grandeur, too. It’s almost worth watching just to marvel at sights like a sprawling dwarf metropolis built inside of a mountain. (Pro tip: Watch this on the biggest screen you can find.)

Lord of the Rings: The Rings of Power Explained — Here's What You Need to Know Before Watching the Amazon Series 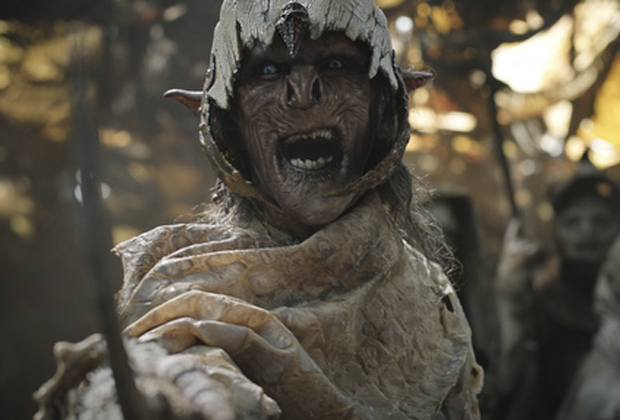 But it’s not meaningless eye candy, either. The characters’ motivations might seem basic at first, but they develop and deepen over time; the second episode is even better than the first, artfully expanding on relationships introduced in the pilot. Showrunners J.D. Payne and Patrick McKay (Star Trek: Beyond) do have a lot of story threads to juggle, but they all work so far, with the early episodes planting seeds that will pay off later, like a powerful sword fragment and a mystical stranger born from a fiery comet. (Breaking Bad vet Gennifer Hutchison is also a writer and executive producer here, which is an encouraging sign.) But beyond all that, Rings of Power just feels epic. It manages to tap into an elemental power that transcends plot and character and whisks us away to a world filled with wonder.

THE TVLINE BOTTOM LINE: Amazon’s Lord of the Rings series The Rings of Power is worth the wait: a grandly ambitious epic with stunning visuals.