Per our sister site Deadline, Roiz will appear on #OneChicago’s medical drama as Jack Egan, a multimillionaire renaissance man.

In addition to his run as Grimm‘s Captain Renard, Roiz’s myriad previous TV credits include Playmakers, Caprica, Warehouse 13, Salvation, Suits, 9-1-1 and, most recently, a thankless role in NBC’s one-and-done The Endgame. 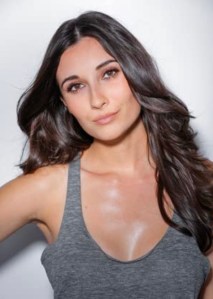 Estrada, meanwhile, has popped up over the years in episodes of 2 Broke Girls, Two and a Half Men, Man With a Plan, Dave and ABC’s The Wonder Years reboot.

It’s been rather quiet on the #OneChicago casting front this summer, with the three shows’ new seasons just a month away (premiering Wednesday, Sept. 21). Beyond Chicago Med‘s moves above, the other only news has come from Chicago P.D., where Benjamin Levy Aguilar has been promoted to series regular for Season 10, as patrol officer Dante Torres.

Want scoop on any #OneChicago show? Email InsideLine@tvline.com and your question may be answered via Matt’s Inside Line.