ABC is poised to turn The Good Doctor into a full-blown franchise. 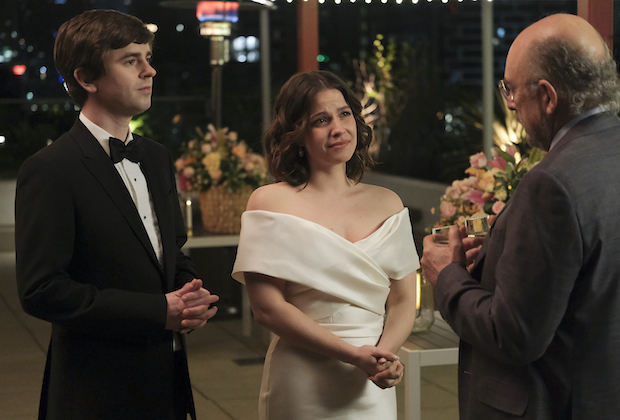 The network is developing The Good Lawyer, a female-led offshoot of the veteran medical drama from executive producers (and co-showrunners) David Shore and Liz Friedman. According to Deadline, which was first to report the news, two characters from the prospective offshoot will be introduced in a midseason episode of the mothership.

The Good Lawyer would center on Joni, “a twentysomething woman who battles obsessive compulsive disorder but is a brilliant lawyer,” according to the official character breakdown. On The Good Doctor, Joni will be introduced when she is hired as a defense attorney for Freddie Highmore’s Dr. Shaun Murphy.

“Relatively new to her upscale law firm, Joni, who is funny, eager, self-aware and a bit anxious, is part of Shaun’s legal defense team,” per Deadline. “Despite breezing through law school and her Bar exam, Joni’s OCD symptoms take a severe toll on her personal and professional life. Living with OCD, Joni has never wanted to be treated differently and is often embarrassed of her symptoms. She is a great lawyer but was forced to threaten to sue the firm (for violating the Americans with Disabilities Act) when they tried to fire her because of her peculiar behaviors.”

That same episode will introduce Janet, the Dr. Glassman to Shaun’s Joni. “Armed with a fierce intellect and a dry, rapier wit, Janet is a highly regarded attorney and partner at the firm,” according to the breakdown. “A seasoned veteran, Janet has represented Dr. Glassman in several legal matters over the course of 30 years, so Glassman turns to her to represent his protégé Shaun.”

Casting for both roles is currently underway.

The prospective Good Doctor offshoot comes on the heels of ABC greenlighting The Rookie spinoff The Rookie: Feds. Premiering this fall, Feds centers on Niecy Nash-Betts’ Simone Clark, the oldest rookie in the FBI Academy. Clark was introduced during an April episode of The Rookie, when Nathan Fillion’s Officer John Nolan enlisted the FBI trainee to assist on a matter of homeland security.

The Good Doctor returns for Season 6 on Monday, Oct. 3, at 10/9c. Are you intrigued by the prospect of a legal spinoff?