In Sunday’s Animal Kingdom, the series’ next to last episode, the plan to break Pope out of jail was going absolutely swimmingly. Or so it at first appeared.

TV Shows Ending in 2022: This Is Us, black-ish, Gentleman Jack, Expanse, Walking Dead and 40+ Others

After Catherine’s killer earned himself a transfer to a prison that could assure his physical safety by revealing where he’d buried Colby’s body (remember him?), Pope implanted in his gut a tracker that J snuck to him during a visit. Meanwhile, Craig and Deran went on kind of a goodbye tour of Oceanside, catching a few waves and getting into one last brawl on the beach. As Deran considered his brother’s advice to contact Adrian once he got to Indonesia, Craig proposed via FaceTime to Renn, who was already in Singapore with Nick. “If you’re kidding,” she said, “I’ll cut you.” Since he was serious, she accepted. Good luck, Nick! 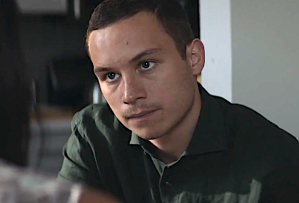 There was just one hitch in the plan to spring Pope: J, it seemed, was double-crossing his uncles. First, he dropped the L word on Penny to wrap her more tightly around his little finger. Then, he pressured her to change a page of the trust document that she’d already notarized — the page that gave him temporary control over his uncles’ money. Now, he’d have permanent control of the funds, which, at the end of the hour, he transferred into his own account. (Was there any other way to read that scene?) 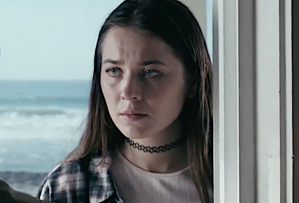 AND IN OUR FLASHBACKS… | After discovering that Julia had been ripping her off, Smurf violently threw her daughter out of the house, keeping her car, her clothes — everything but her drugs, which the Mother of the Year said she’d need when she was reduced to turning tricks. Smurf then paid a visit to Baz to ensure that he wouldn’t put a roof over Julia’s head. With nowhere to go and no one to whom she could turn, Julia fell in with a druggie crowd and, by the end of the episode, was so out of it that an acquaintance was phoning Smurf and asking whether she should call an ambulance. Nah, said Janine. “You should call someone who gives a s—t.” Jeez, Smurf. Vile.

So, questions… Do you think J really loves Penny, or is he playing her? And will he get away with his monumental backstab or pay for it next week with his life?