Academy Award-winning director Guillermo del Toro is scaring up something special this fall, and the new series is dropping just in time for Halloween, Netflix announced Monday.

Co-showrun by del Toro and J. Miles Dale (who together produced The Shape of Water and Nightmare Alley), Guillermo del Toro’s Cabinet of Curiosities will deliver a collection of sinister stories curated by GDT himself. It’s all set to premiere on the streamer starting Tuesday, Oct. 25 with the first two episodes. Two additional episodes will follow each day through Friday, Oct. 28.

In the newly released video embedded above, del Toro previews the “unprecedented and genre-defining stories meant to challenge our traditional notions of horror.” Reads the official description: “From macabre to magical, gothic to grotesque or classically creepy, these eight equally sophisticated and sinister tales (including two original stories by del Toro) are brought to life by a team of writers and directors personally chosen by del Toro.”

“With Cabinet of Curiosities, we set out to showcase the realities existing outside of our normal world, the anomalies and curiosities,” the director said in a statement. “We hand-picked and curated a group of stories and storytellers to deliver these tales, whether they come from outer space, supernatural lore, or simply within our minds. Each of these eight tales is a fantastical peek inside the cabinet of delights existing underneath the reality we live in.”

He continues in the clip: “With Cabinet of Curiosities, what I’m trying to say is, ‘Look, the world is beautiful and horrible at exactly the same time.'”

Intrigued to see what del Toro has up his sleeve? Watch the first footage by pressing PLAY on the video above (and see its first photos below), then let us know your thoughts in the comments. 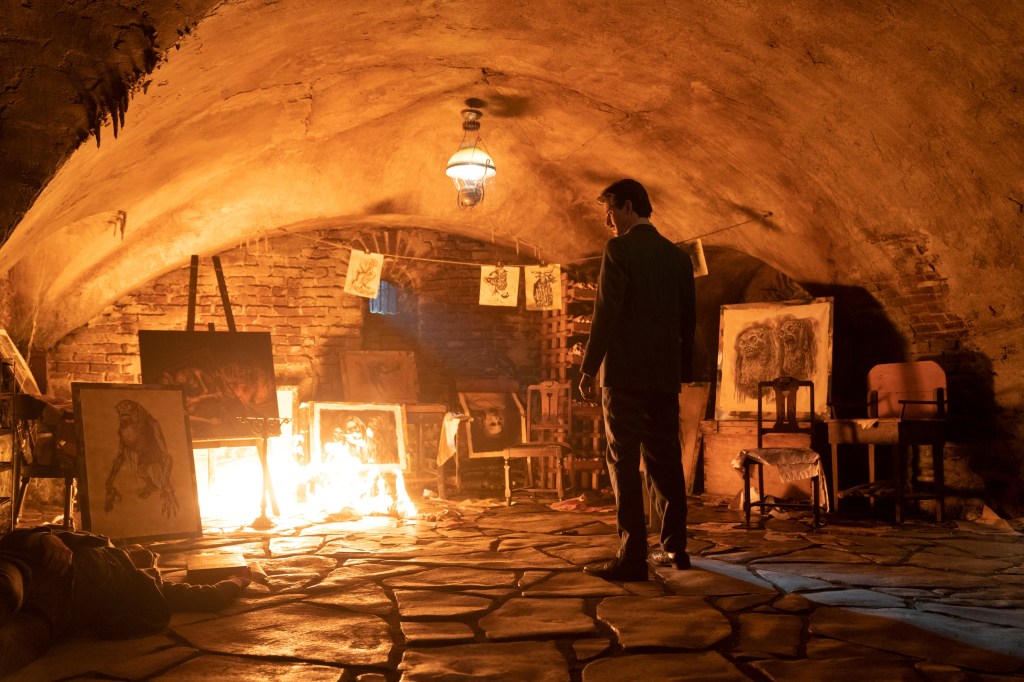 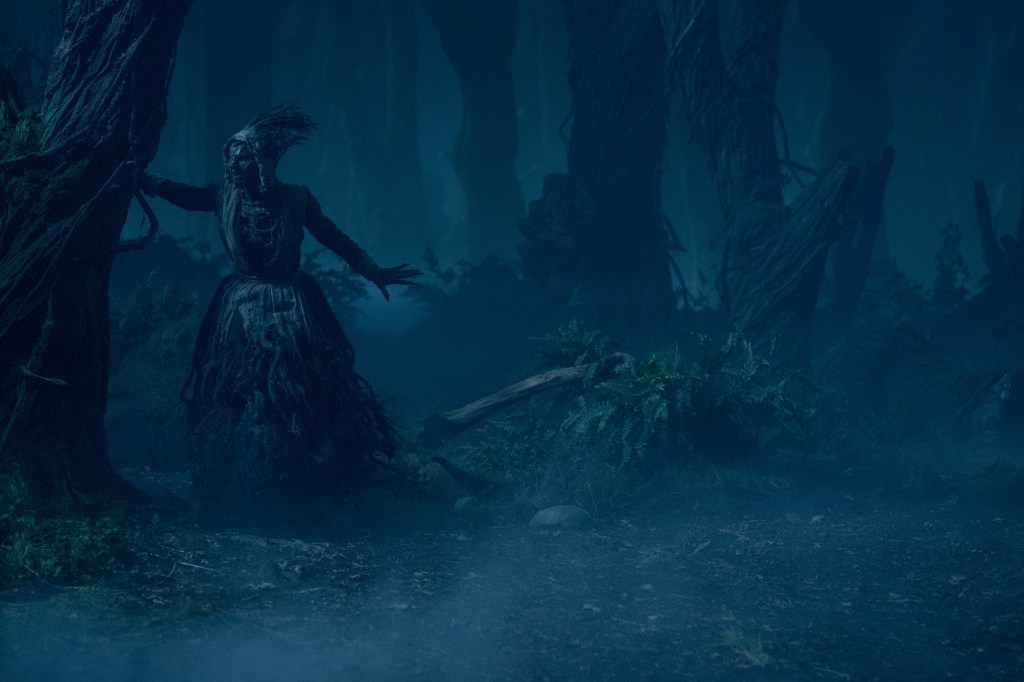 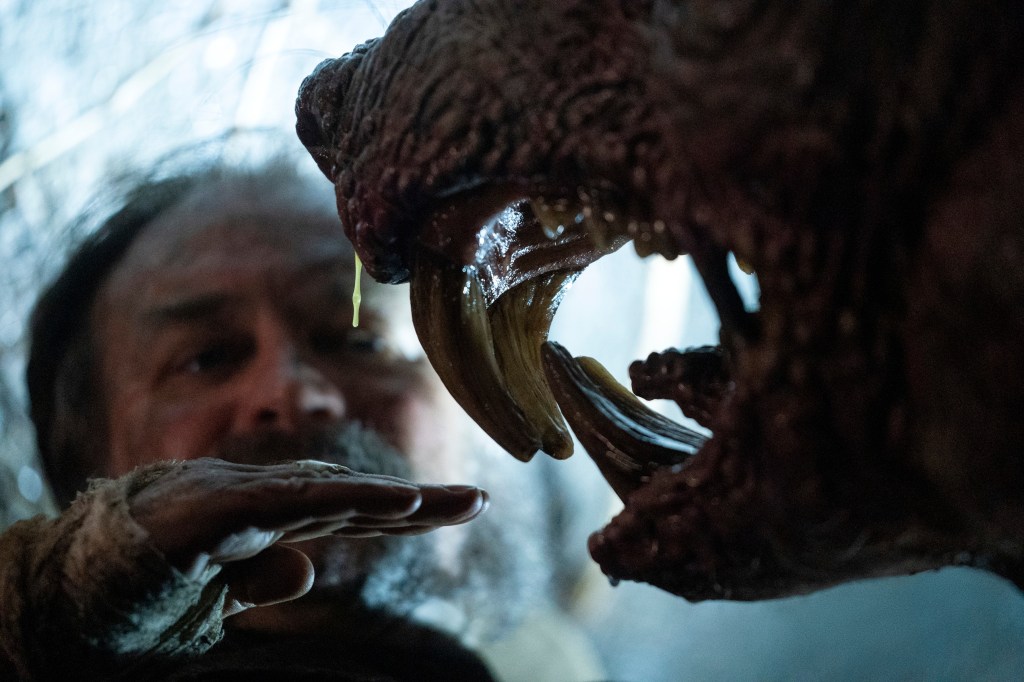 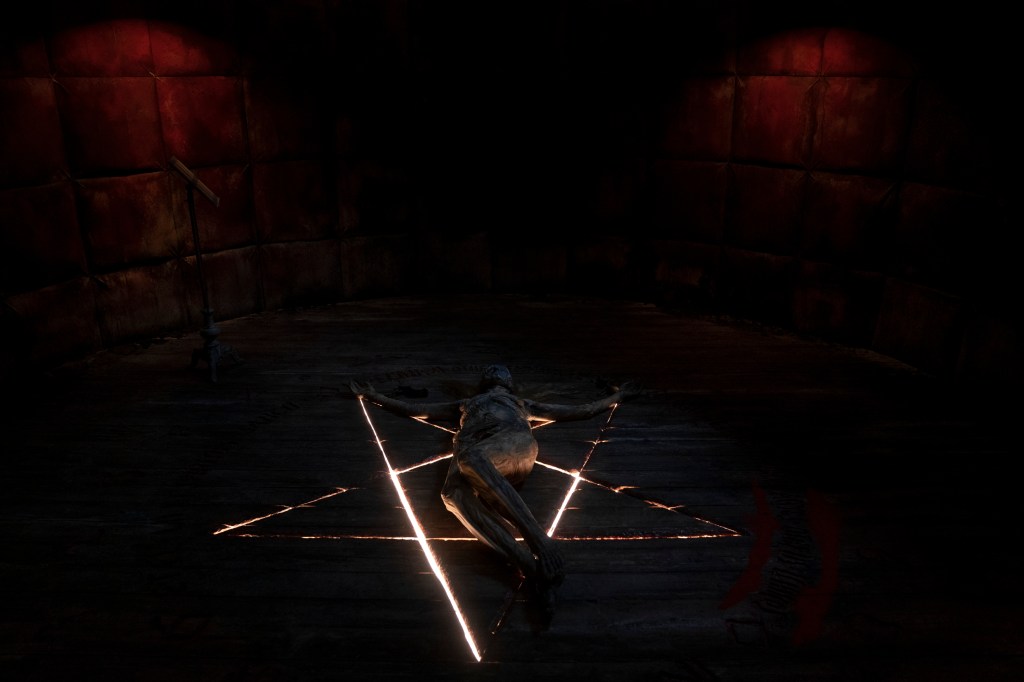