What a ride it’s been for ol’ Dan Brady. 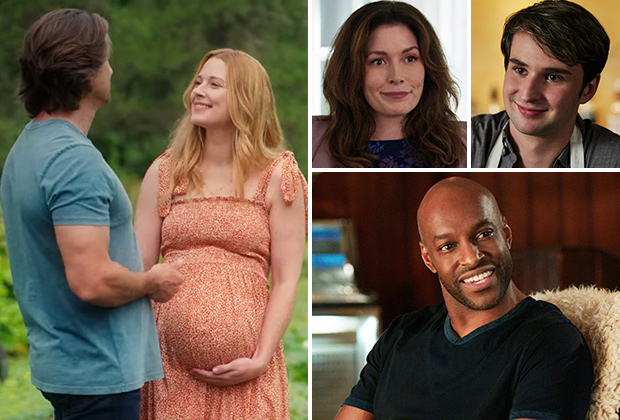 The fourth season of Netflix’s Virgin River kicked off with Benjamin Hollingsworth‘s character newly behind bars for shooting Jack way back in the Season 2 finale. (You know, in case you forgot how slowly time progresses in this town.) And Brady’s days in the prison yard, though limited, were certainly memorable.

“That was definitely a first for me,” Hollingsworth tells TVLine of getting shanked by a fellow prisoner. “I got to work on that with the stunt coordinator, which was a lot of fun. We came up with kind of a dance where you hopefully didn’t see the shank coming.”

It was soon revealed that Vince, not Brady, was the actual shooter, though Hollingsworth never doubted his character for a second.

“I knew Brady didn’t do it,” he says. “For one thing, that’s not the character I’ve been playing, but I also spoke with the [previous] showrunner. Making Brady a red herring was always part of the plan, but we wanted the audience to be like, ‘No, it can’t be him! We just started to like him!'”

Speaking of starting to like Brady, Hollingsworth notes that his character’s romance with Brie is largely responsible for his personal growth. “Love will do that to you,” he says. “It will make you explore areas of life and of yourself that you might not have otherwise, and it changes you as a person.”

In fact, Hollingsworth’s favorite moment of Season 4 was when Brady entered the room to find Brie broken down and crying. As he recalls, “She was confronting the trauma of her past relationship with Dom, and we get to see Brady being empathetic and vulnerable with her. He opens up to her, and he also listens. This isn’t something we often get to see from him.”

But prison shankings and false accusations are only the beginning. Hollingsworth teases that Season 5, which is currently filming in Vancouver, will throw even more “unexpected” curveballs at the residents of Virgin River — especially with the nefarious Melissa Montgomery on the scene.

“[Fear] is a healthy emotion to have when it comes to her,” Hollingsworth says of Melissa. “She’s obviously up to no good, and the fact that she’s having dinner with Jack and Mel at the end is concerning.”

Your thoughts on Brady’s story thus far? Drop ’em in a comment below.