Another piece of Only Murders‘ Season 2 puzzle has been flipped over — and it’s a big one. 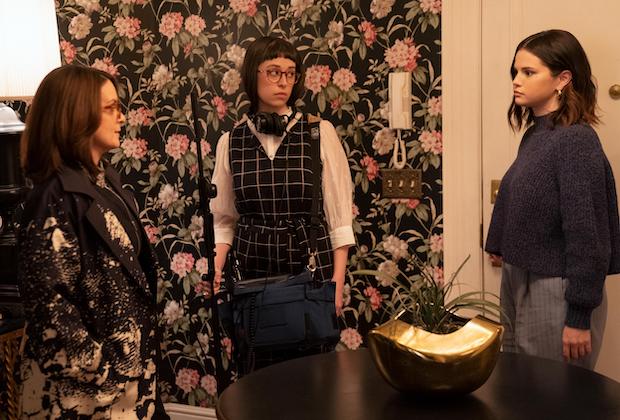 At the end of Episode 8, “Hello Darkness,” Detective Kreps (played by Michael Rapaport) is revealed as Glitter Guy.

Kreps just so happens to be in the neighborhood when the blackout ends and power is restored to the Arconia. He’d be well within his right to arrest Mabel for stabbing a man on the subway, but he doesn’t.

As Kreps and Mabel are talking, Howard accidentally bumps into his left shoulder, which is clearly sore. The detective says the pain stems from a new tattoo, but we all know it’s a stab wound. And when Kreps turns to his right to confront Marv for staring at him, Mabel notices some glitter behind his ear. 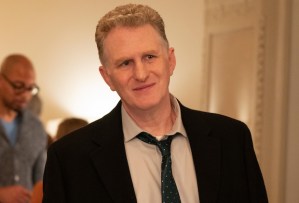 Prior to the big reveal, Oliver poses a new theory: What if Bunny’s killer wasn’t working alone? Is it possible that the masked figure Lucy saw in the Arcatacombs the night of Bunny’s murder wasn’t the same person seen on the surveillance footage from the Pickle Diner?

And what about Glitter Guy? Is it possible he’s just an accomplice?

With that in mind, we feel comfortable adding Howard’s new love interest to our growing list of persons of interest. The Lion King performer (played by Broadway’s Jason Veasey), who is allergic to cats, has a sneezing fit at Howard’s apartment. As you’ll recall, the killer stopped to sneeze inside the Arcatacombs the night Bunny died….