Warning: The following contains spoilers for Tuesday’s All Rise midseason finale. Proceed at your own risk!

All Rise closed out the first half of its third season with the show’s most dramatic episode yet.

The eventful midseason finale saw the HOJ overrun by Brandon Page’s followers, including his very much armed righthand man Leo Sikes, who not only stabbed Ness, but also shot Luke and Teddy. Amy discovered Ness — who had just found out she passed the bar exam — bleeding out in a hallway, while Mark returned to his office after the authorities apprehended Sikes to find Sara cradling a wounded Teddy. (Luke’s injury, thankfully, appeared to be less dire — and resulted in him and Emily exchanging “I love yous”!)

During the lockdown, Lola was sequestered in her chambers with her ex Dré, forcing the two to hash out their complicated past and feelings for each other. The pair then kissed, just as Lola’s husband Robin came looking for her and spotted their illicit liplock.

Below, showrunner Dee Harris-Lawrence breaks down the episode’s possible deaths, the future of Lola and Robin’s marriage, and what’s next for Luke and Emily, as well as Mark and Amy’s stalled engagement.

TVLINE | I want to start with some of the potential casualties. We saw Ness being rolled away on a stretcher. Is it safe to say that she’s out of the woods?
Not sure. [Laughs]

TVLINE | And what about poor Teddy? What is his outlook?
Not sure. What we wanted to do was have several people that were on the brink of, like you said, casualties, and who was going to survive and who’s not. When we begin the next half of [the season], we begin with that, answering some of those questions and how the HOJ moves on from something like this.

TVLINE | Does Episode 11 pick up immediately after this midseason finale?
It’s about two weeks after.

TVLINE | What was in the thinking in terms of who you wanted to leave viewers wondering about as you head into this hiatus?
Well, throughout the season, we’ve been threading these connections. We introduced Teddy as this new character who can be irritating to Mark and some of the other attorneys, but he also has grown into this really good lawyer, very beloved. When we basically pitched it to the studio and the network, everybody lost their minds. So we’re like, “OK, if they’re losing their minds that possibly Teddy doesn’t make it, then the audience will have a reaction.” Same with Ness. And then there’s other incidents that happen in Episode 11 that you’re not expecting that [are] the aftermath of 10, in particular. We wanted to weave little tidbits, but also that you don’t know the whole picture. 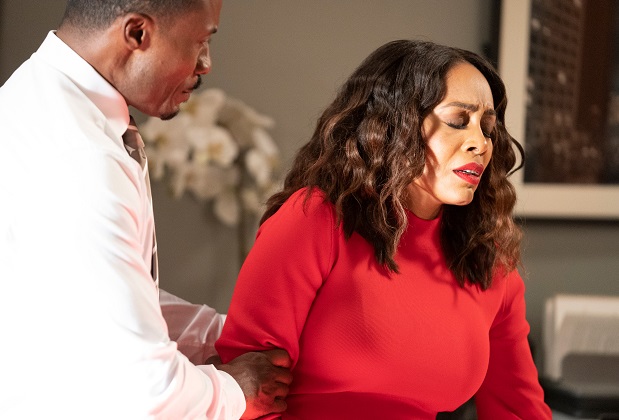 TVLINE | How much trouble is Lola and Robin’s marriage in now?
The beauty of the second half is seeing a couple and asking the question, “Can they build back their trust?” We know they love each other. But what happens when someone slips? I can’t wait for the audience to see Episode 11. Simone has done a lot of great work, but we haven’t seen her this way before… The back half is, because of what happened in 10, like the recalibrating of our characters as they move forward into the world. [The Lola/Dré kiss] was a big thing at the end. People lost their mind over that, too, like, “Are we gonna do that?”

TVLINE | Dré is still technically with Rachel. So should we also be worried about Lola and Rachel’s friendship?
Yes, that will be another [relationship] that has to also have a conversation. Lola has a lot of conversations she has to have in the back half [laughs], in dealing with her own stuff. Our big thing at the beginning of the year was… we really wanted to dimensionalize her even more so she doesn’t give what everyone’s always expecting. People have lives outside of their workplaces. How does that delve into their workplace? We really wanted to go so into that. So she goes through a lot. 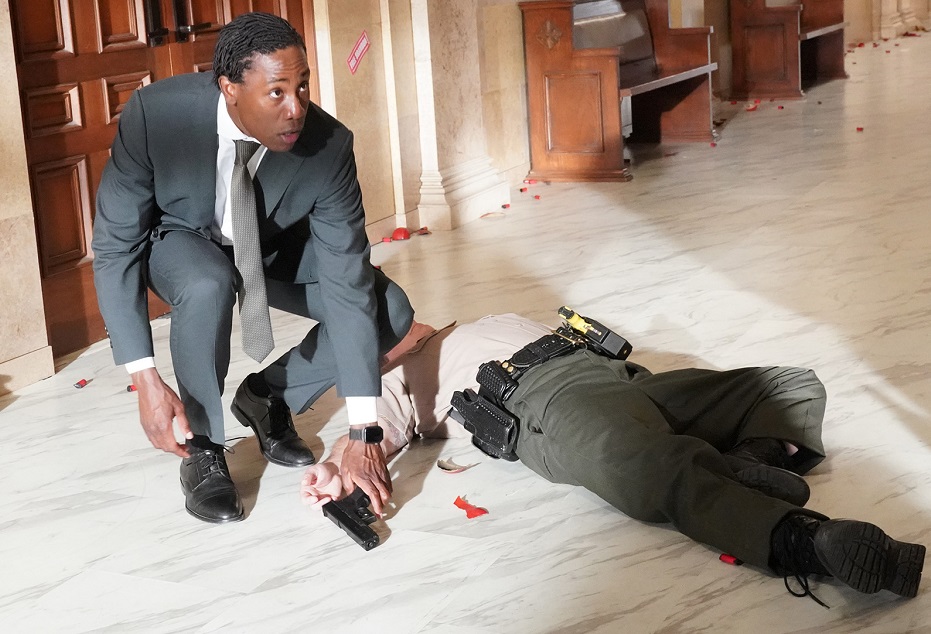 TVLINE | There’s nothing like a life and death situation to make you realize what you really want. So have Luke and Emily turned a page in their friendship back into possible reconciliation?
Possibly. What we love about this first half of the season [is] we explored their friendship, them getting back to being friends, not having outside forces kind of pushing in, and seeing what that looks like. The second half of the season is, OK, was this just about a life/death situation, them saying I love you them? Or are they going to realize what each of them could have lost, and what does that look like going forward? 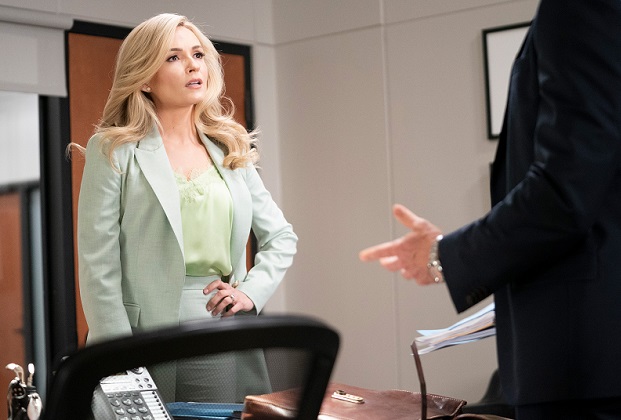 TVLINE | Mark and Amy also, after everything went down, exchanged “I love yous,” but they never actually had that discussion about Amy’s reasons for not filing the divorce papers. So what’s next for them?
Basically, they’re going to come to some realities in the second half that could possibly break them or possibly bring them together. It’s going to be something that really tests their love for each other and [whether] can they move forward and get married. I’m excited about their growth in the back half.

TVLINE | Finally, this episode opened with a far sexier scene than we ever saw during the two seasons on CBS. Were you intentionally going into this, thinking like, “Let’s take advantage of our new home. We’re on cable now. We can get away with more”?
[Laughs] Actually, it came from wanting to really show this loving couple be in love. I think we would have probably done it or seen how much we would have gotten away with on CBS. The first half of the season, Lola and Robin had this push-pull with the whole Dré thing, and we wanted to show these people truly are in love with each other and to show this beautiful Black love on the screen [in the first scene and then] put them where you see them at the end, because of this tragic thing that’s happening at HOJ.

All Rise fans, what did you think of the episode? Grade it below, then hit the comments with your predictions on what’s next!