We need to talk about the finale of Netflix’s Uncoupled. 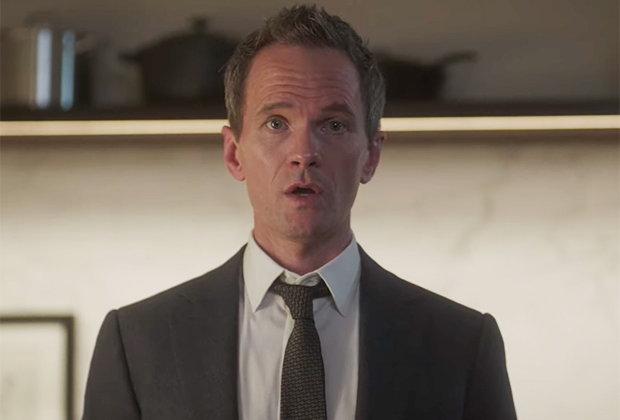 Of course, a lot transpires in those eight episodes. Like how Colin unexpectedly dumps Michael moments before entering his own meticulously planned surprise 50th birthday party. Or how Colin effortlessly steps into the new life he apparently always wanted, leaving Michael to pick up the pieces of their shattered relationship.

But after sharing a dance with Michael at their friends’ wedding, Colin has a sudden change of heart. Michael returns home to his presumably empty apartment to find his ex lurking in the shadows. “I think I made a mistake,” Colin says, leaving Michael to stand there — mouth appropriately agape — as the finale cuts to black.

“We enjoy painting ourselves into a corner,” executive producer Jeffrey Richman tells TVLine, with EP Darren Star adding that he anticipates plenty of back-and-forth in the writers’ room should Uncoupled score a renewal from Netflix.

Even if we never get to see this story play out in a second season, we still have to ask: Should Michael take Colin back? A 17-year relationship is a lot to just throw away, but on the other hand, didn’t Colin already do that when he moved out? Michael obviously still misses him, but can he trust that Colin won’t break his heart all over again? There’s a lot to consider here.

Give it some thought, weigh your options, then vote in our poll below. And if you have some brilliant third option for Michael, go ahead and drop that wisdom in a comment.